SANDY McLeod felt Clachnacuddin were controversially denied a point believing the referee gave the wrong decision to give a penalty in the 2–1 defeat at Buckie Thistle.

The defining moment of the match came eight minutes from time when Michael Finnis was judged to have fouled Kyle Macleod in the penalty box.

Sam Urquhart scored the winner after Thomas Lewis equalised for Clach in the second half to cancel out Jack Murray’s first half opener for Buckie.

McLeod says his team were unfortunate not to leave Victoria Park without any points after a debatable decision.

Speaking about the penalty decision, McLeod said: “I have my doubts.

“I thought he might have gone in with the leg and pulled it back. Kyle has seen it and taken advantage of it.

“I think the referee bought it but that is football.

“If a boy sees an advantage then they are going to go for it.

“It was disappointing to lose a game like that.”
Buckie took the lead in the 22nd minute when a free kick into the box found its way to Murray who fired a low drive into the net from 12 yards.

But Clachnacuddin came storming back in the second half creating a number of chances.

Scott Graham beat the offside trap when he was one-on-one with goalkeeper Daniel Bell who charged off his line to pull off a decent save.

But Clach did level 15 minutes from time when 16-year-old Lewis beat the offside trap and kept his composure to fire past Bell from the edge of the box into the bottom right corner.

But Urquhart’s penalty eight minute from time secured all three points for the hosts. 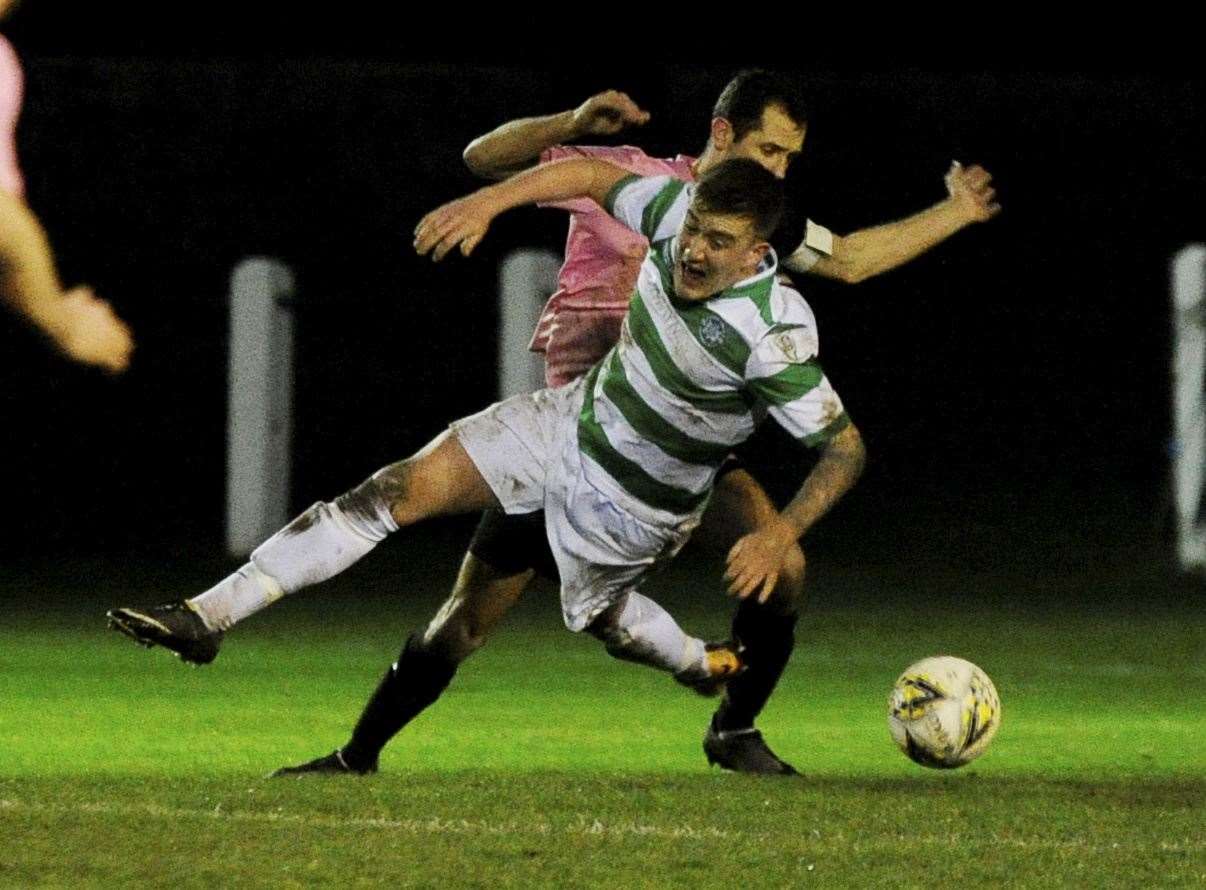 Despite the result, McLeod was impressed by Clach’s response.

“In the first half we weren’t in their faces enough and we were off it for whatever the reason,” he said.

“In the second half I said that we had to up our game and that was the pleasing thing that we did.

“But the result was not so pleasing for us.”