The UK government used most of this afternoon’s Downing Street briefing to clarify what the implications are after much confusion nationally since Prime Minister Boris Johnson’s twin addresses on Sunday and Monday easing England’s lockdown.

Business secretary Alok Sharma ran through a number of points and steps on how to understand the guidance and statements issued by the Prime Minister which have caused dismay across the UK but particularly in the devolved administrations.

Some of what Mr Johnson had to say prompted frustration and strong reactions in Scotland, Wales and Northern Ireland because he failed to make it clear the relaxation of measures applied to England alone.

Among many there was incomprehension who did not understand how people would go to work yet still not be able to see members of their own family and Highland MPs were infuriated by suggestions people “can drive to other destinations.”

In attempting to clarify what some people found problematic about the government’s new message Mr Sharma appeared to highlight the issues instead, saying: “Staying alert for the vast majority of people still means staying at home as much as possible.”

He also claimed that a “consensus” had been reached with the devolved administrations on new guidance about how people can work safely despite First Minister Sturgeon stating earlier that work was still underway on that in Scotland.

Mr Sharma said: “I just want to remind people of the next phase of our fight against coronavirus that we set out this week,

“In order to monitor our progress we are establishing a new Covid-19 alert level system with 5 levels each relating to the Threat at the level of threat posed by the virus. 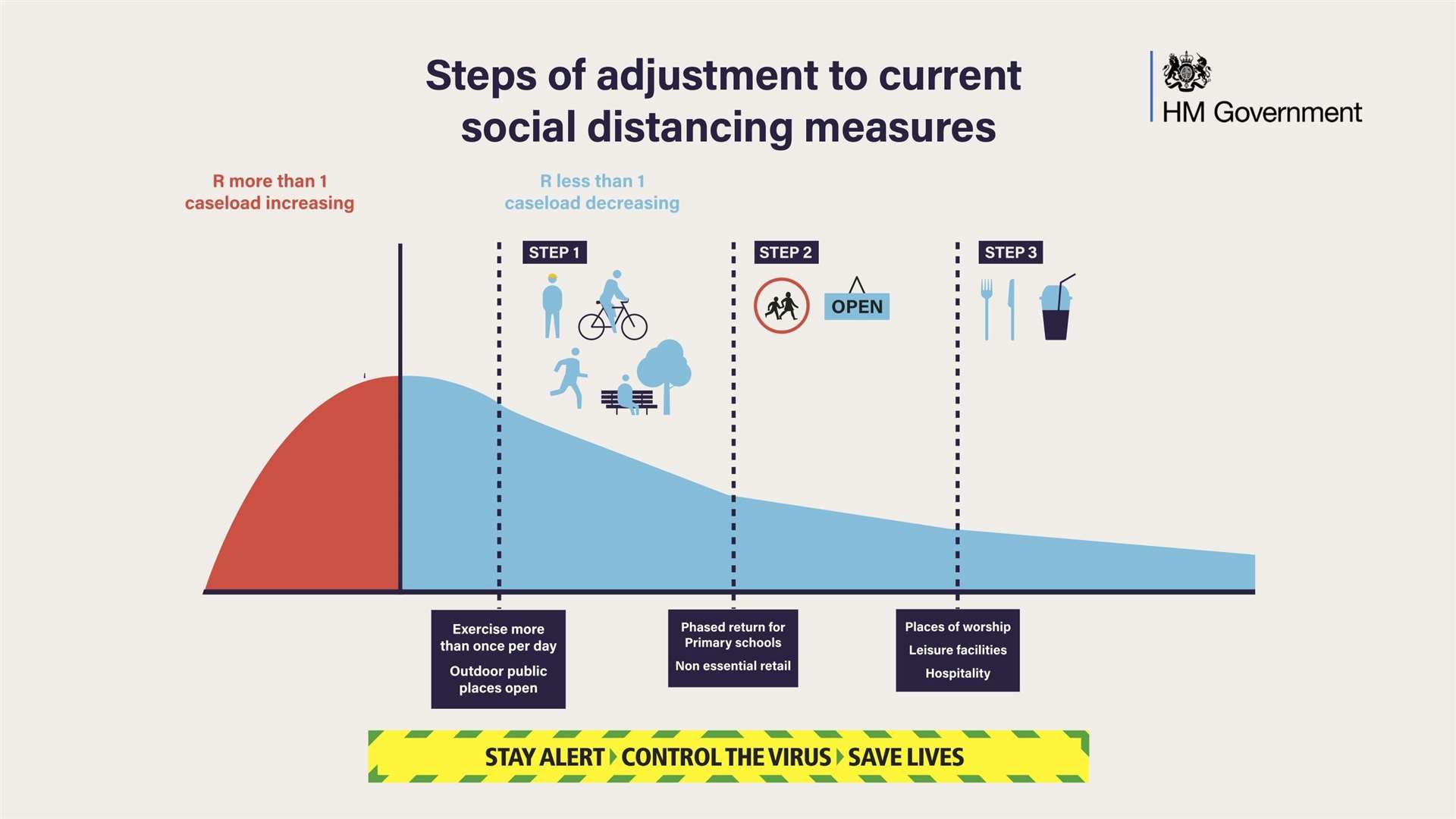 “Throughout the period of the lockdown we started on March 23 we have been at level four, meaning a Covid-19 epidemic is in general circulation and transmission is high or rising exponentially.

“We have set out the first of three steps we will take to carefully modify the measures, gradually ease the lock down and begin to allow people to return to their way of life but crucially avoiding what would be a disastrous second peak that overwhelms the NHS.

“After each step we will closely monitor the impact of that step on the R-number and the number of infections and all the available data and will only take the next step when we are satisfied that it is safe to do so.

“Step one, from this week those who cannot work from home should now speak to the employer about going back to work, you can now spend time outdoors and exercise as often as you like, you can meet one person outside of your household outside provided you stay two metres apart.

“Step two, from June 1 at the earliest as long as a data allows, we aim to allow primary schools to reopen for some pupils in smaller class sizes, non-essential retail to start to reopen when and where it is safe to do so, cultural and sporting events to take place behind closed doors without crowds.

“And then step three, no earlier than July 4 and again only if the data says it is safe, we aim to allow more businesses and premises to open including potentially those offering personal care such as leisure facilities, public places and places of worship.

“Many of these businesses will need to operate in new ways to ensure they are safe and we will work with these sectors in how to do this.

“Having taken the first step in carefully adjusting some of the measures and our advice to people on what to do, we have also updated people on our messaging.

“We are now asking people on our messaging to stay alert, control the virus, and save lives. Yes, staying alert for the vast majority of people still means staying at home as much as possible but there are a range of other actions we are advising people to take.

“To underpin this in the workplace, we have published new Covid-19 secure guidance on working safely available to UK employers across eight work settings which are allowed to be open and where their employees cannot work from home.

“This also includes guidance for shops which we believe may be in a position to begin a phased reopening at the earliest from June 1, unions, industry bodies and devolved administration have all fed-in to this guidance to give businesses and our employees the confidence they need to work safely.

“I believe we have reached a consensus in doing that.”