Greg Lobban says that being with his family is helping him cope with isolation – in and out of squash. 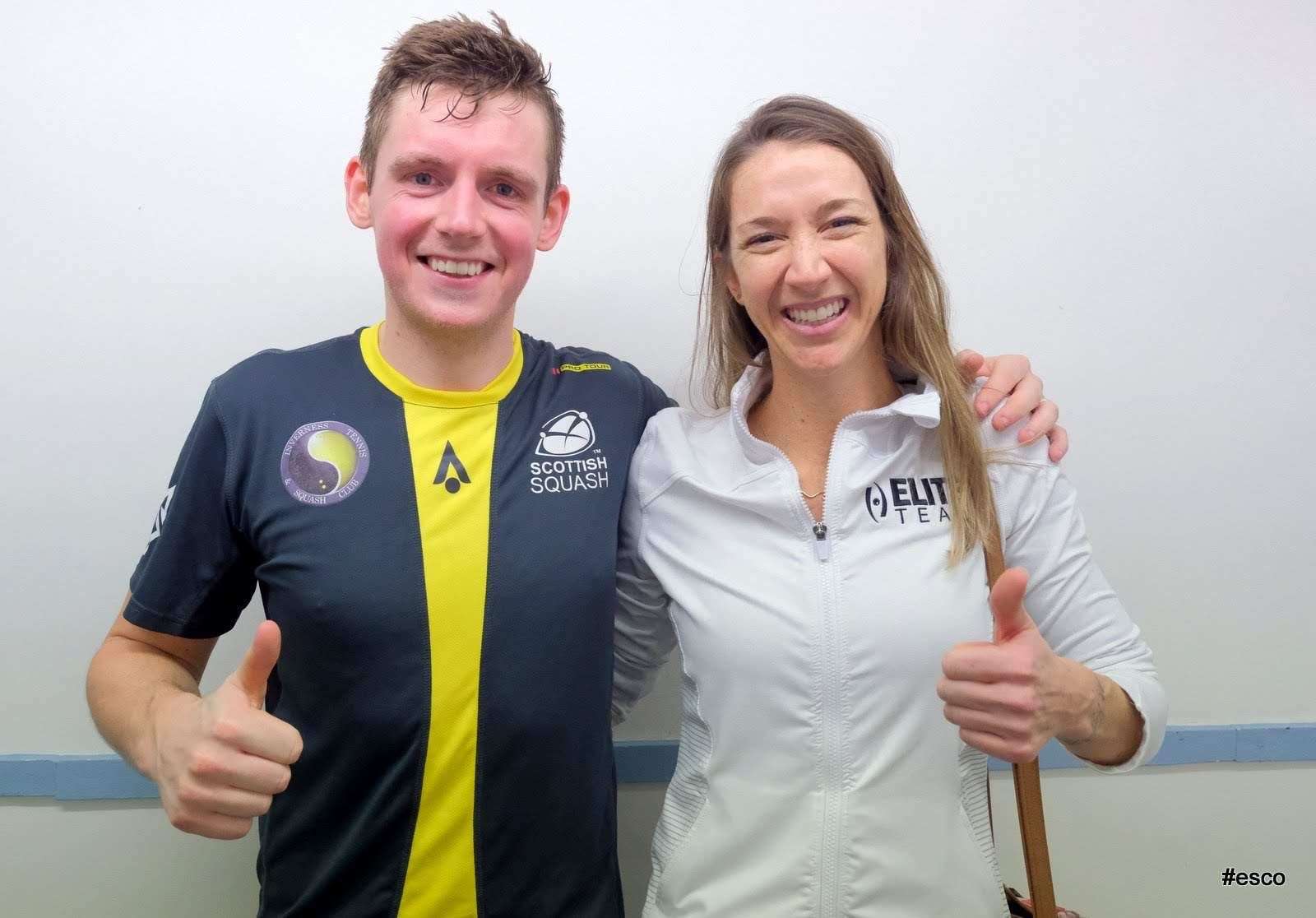 The 27-year-old returned to the Highlands shortly before the enforced lockdown, meaning he had to stay put for the time being.

The former Fortrose Academy pupil is married to Australian Commonwealth Games gold medallist Donna, and the pair have been helping each other stay active and focused on what training they can do.

Lobban says they have both helped each other train during lockdown to ensure their fitness is in top condition away from the court.

“I’m lucky to have my wife with me in the same place, and with her being a professional squash player as well, we can sit down and work out what tomorrow is going to look like for training,” Lobban said.

“We can keep things ticking over, making sure that we’re in good enough shape for whenever the time comes that we can get back on the squash court and back in the gym.

“We’re in a very lucky position to be honest.

“She is obviously wanting to do the same things I am doing to keep in shape and make sure mentally and physically that we’re keeping positive.

“It is a tough time, but we’re lucky we’ve got our health and we’re with family at the moment.

“We got to Inverness before the lockdown happened, we didn’t know it was going to happen, so we’re with family here and we’re together, which is nice.”

A return in early August has been suggested for squash’s world tour.

But with Lobban admitting that nobody really knows when the sport will restart, he is trying to keep his fitness ticking over.

“It’s important even in a pandemic to do some sort of training,” he added.

“We’ve got to think a bit outside the box with how I’m training at the moment.

“It has been a lot of backyard workouts, a few stair runs, and I’ve even found a wall that I can practice a few squash shots off.

“To be fair, we’re targeting August 1 but there’s also a very high chance that it could be December or even next year before we’re competing again.

“At the moment it’s very daunting when you start thinking of those dates.

“It’s probably very cliche, but it’s much easier to manage when you think of it day by day. That’s what I’m doing right now.”

Before the squash season was suspended, Lobban reached his highest world ranking of number 22. Donna is also ranked number 22 in the women’s ranking.