A letter from the Scottish Government has been received as a "welcome reassurance" that dualling of the A9 and A96 roads will continue.

The letter sent to Ranald Robertson, director of regional transport partnership HiTrans, was in response to concerns raised by various bodies including Inverness Chamber of Commerce, Highland Council and the Scottish Council for Development and Industry (SCDI) about a lack of commitment from the Scottish Government to both projects in its next funding round.

The letter outlines the Scottish Government's commitment for the A9 and the A96 along with rail improvements.

While stating that the Scottish Government "needs to balance the extensive changes required to meet a target of net-zero greenhouse gas emissions with its duty to ensure that Scotland has a high-quality transport system that meets the needs of all our population" transport secretary Michael Matheson also says the government is "committed" to dualling both roads – along with upgrade works to the Highland Main Line and improvements to the Aberdeen to Inverness rail line.

"Development work on the remaining nine sections (of the A9) is well under way and we are currently reviewing procurement options to bring forward the remainder of the programme," he said.

The letter also indicates that a decision on the Nairn bypass is now being considered by Scottish Ministers.

Industry experts say that an announcement is due on the Nairn bypass within the next "couple of weeks".

Fraser Grieve, the communications manager with SCDI, tweeted: "Welcome reassurance that the Scottish Government remains committed to dualling the #A9 & #A96, along with rail improvements, in response to the letter from business organisations, councils & Hitrans.

"Vital that as we look to deliver net-zero we don't leave this region behind." 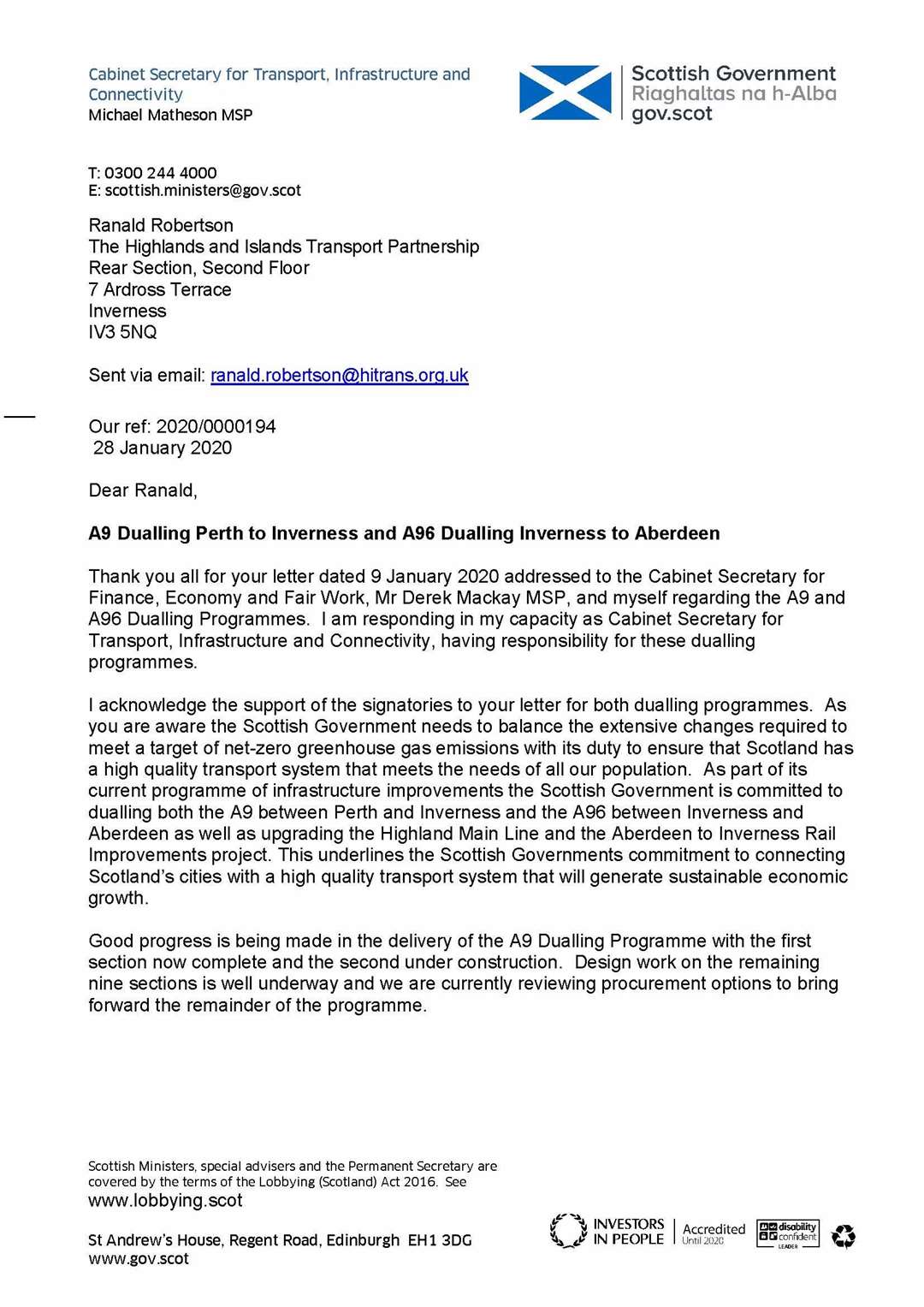