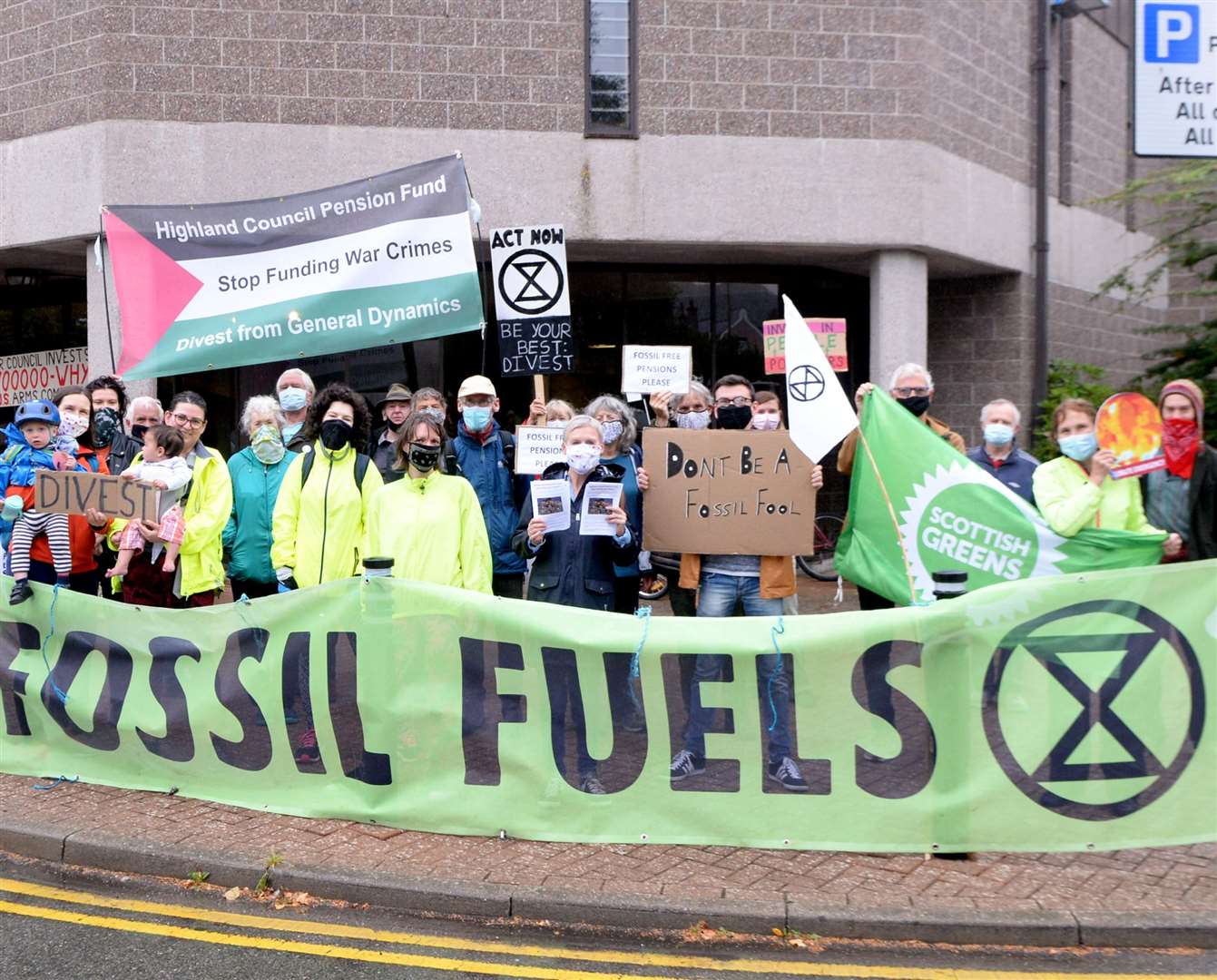 Campaign groups have staged a demonstration to call on Highland Council to divest investments in its pension fund that they deem as “dubious” claiming they support fossil fuels or armaments manufacturers.

Members of the Greens, Highland-Palestine, Highland Charter for Responsible Investment, Extinction Rebellion and Fossil Free Highlands turned out in support of a motion by Councillors Pippa Hadley and Maxine Smith.

They want the Pension Committee to consider “making a formal commitment prior to COP26, to the divestment from fossil fuels, armaments and other environmentally and socially harmful products and activities as soon as possible.”

The campaigners say they want the council pension fund investments to be “ethically invested in industry, commerce and other things which benefit people and the planet and align with the council's social and environmental aims.”

A coalition of local groups, which have signed the Highland Charter for Responsible Investment, have identified £160 million worth of investment which fall short of what they regard as “responsible investments.”

Anne Thomas from the Greens said: “The Fund's fossil fuel investments have actually lost the fund £11 million recently. There is an opportunity to invest this money in things which benefit both people and the planet.”

A spokesperson for Highland–Palestine said: “We hope this September marks a turning point in Highland Council Pension Fund’s approach to socially and environmentally responsible investment.

“The fact that the pension fund still holds around £10 million of shares in an American arms company linked to multiple war crimes shows how far they still need to go.”