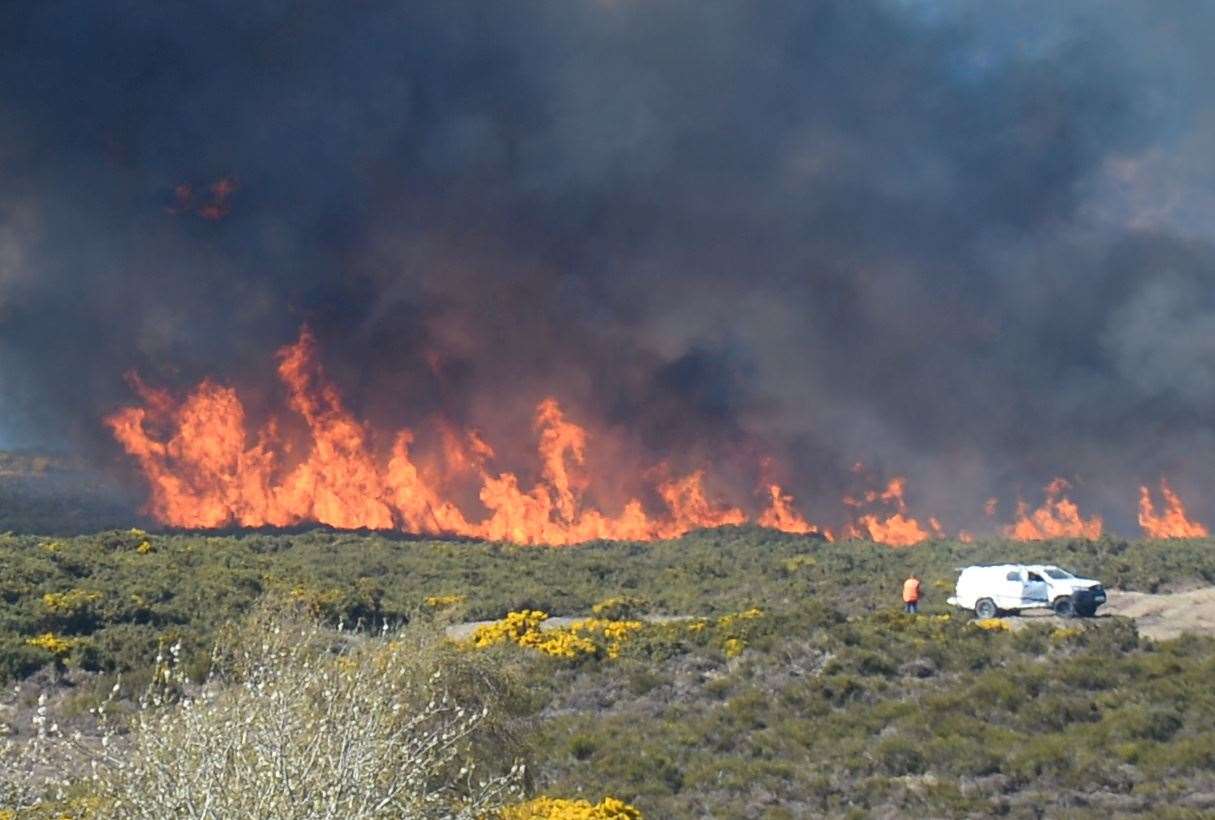 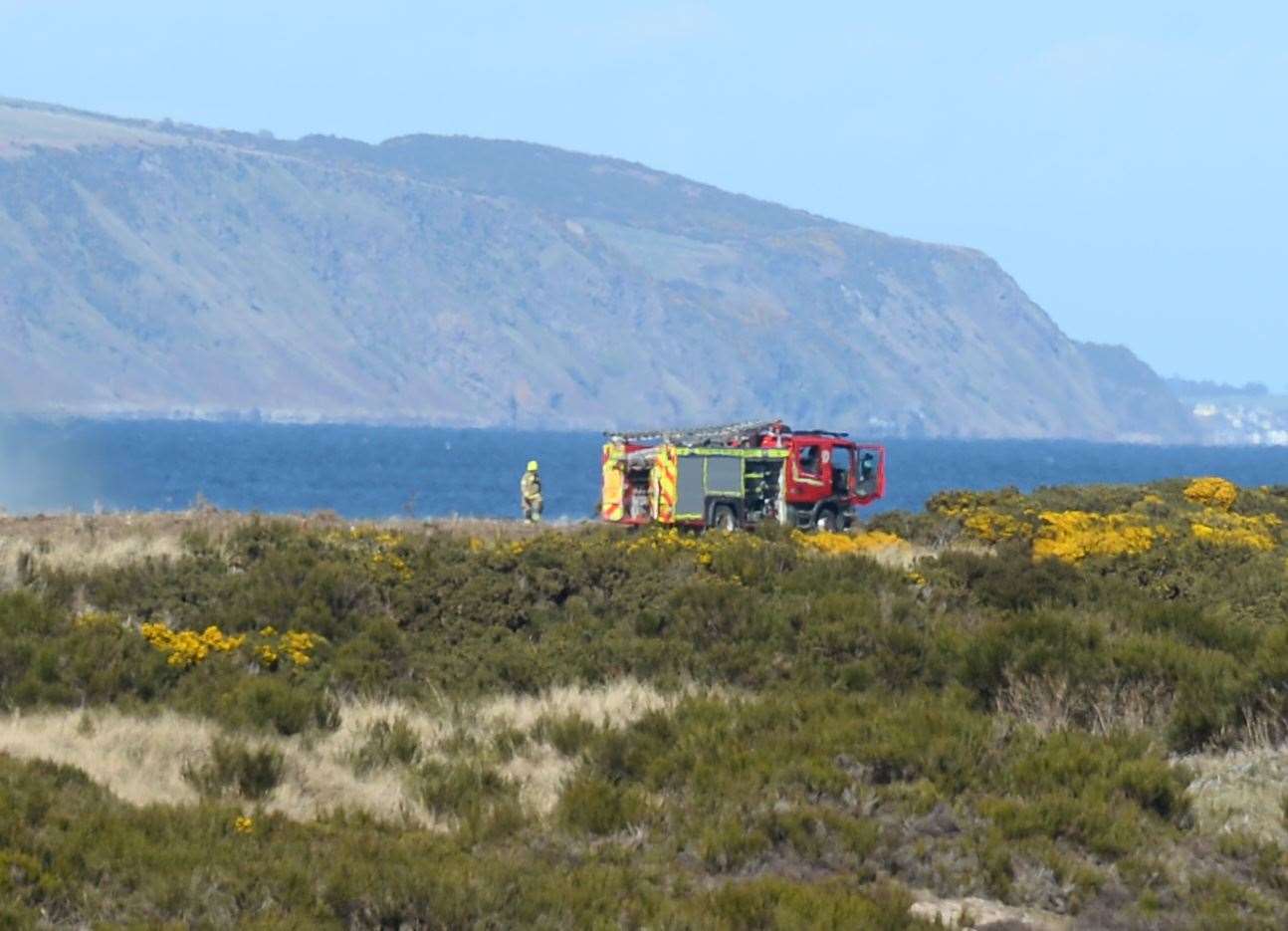 These pictures show the scale of the blaze at Fort George.

Around 35 firefighters and volunteers are currently tackling the gorse and grass fire which was first reported at 1.35pm.

They arrived at the scene at 2pm and are using beaters to put out the flames.

Initially two fire appliances, as well as an all terrain vehicle and a water carrier, were sent to the incident and they have since been joined by two more appliances.

When they first arrived it covered an area of 200m by 100m but the flames were being fanned by the wind.

This picture was submitted by David Jefferson of Rosemarkie.