The first pictures of a WWII seaplane being lifted out of the loch, after its engine failed at the weekend, have been taken by the Inverness Courier.

The seaplane, Miss Pick Up, is one of only 20 still airworthy in the world, and the only one still in use in the UK.

The removal of the 10-tonne seaplane from the water was meticulously planned by members of The Catalina Society – a consortium of 20 enthusiasts.

The 32–metre wingspan seaplane has been in the loch, balanced on buoy, since Sunday when she experienced engine issues and had to be rescued by the RNLI team in Loch Ness.

A gofundme page was set up, and in its first day raised more than £13,000 to help have her removed from the waters for further investigation.

The Consolidated PBY Catalina is a flying boat and amphibious aircraft that was produced in the 1930s and 1940s. It was one of the most widely used seaplanes of World War II, many based in the Highlands.

WATCH: Unusual sighting in Loch Ness... and it's not the monster 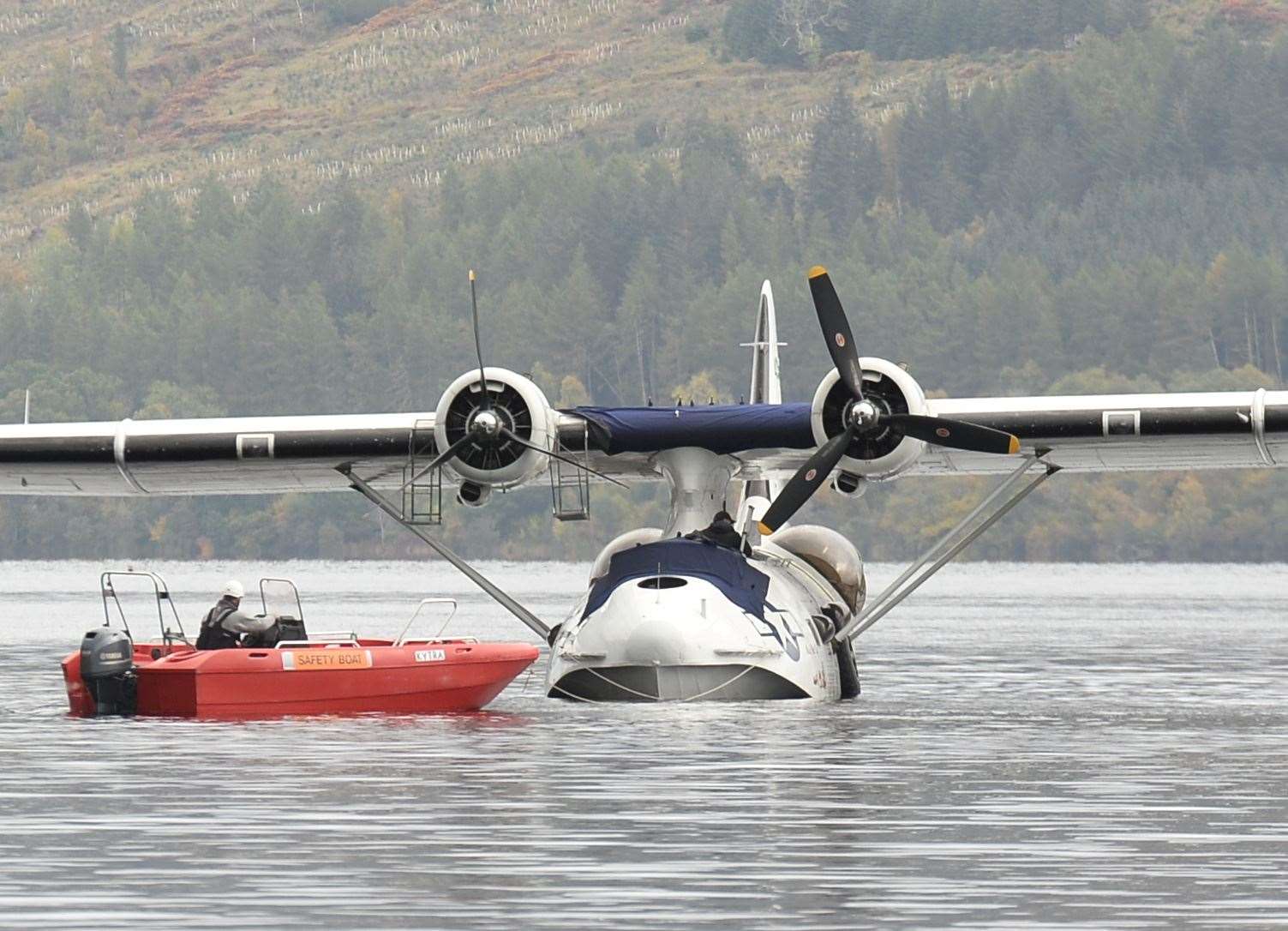 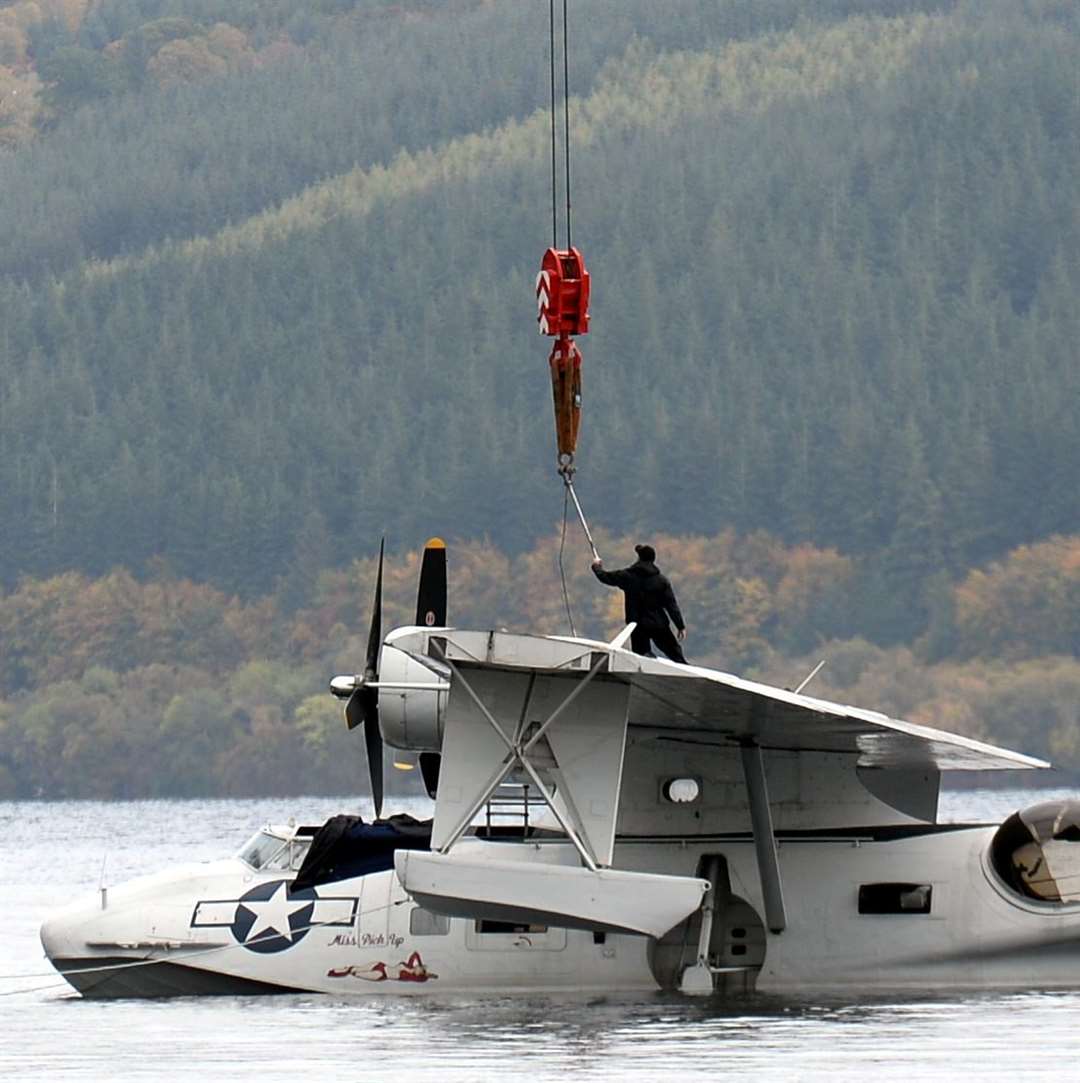 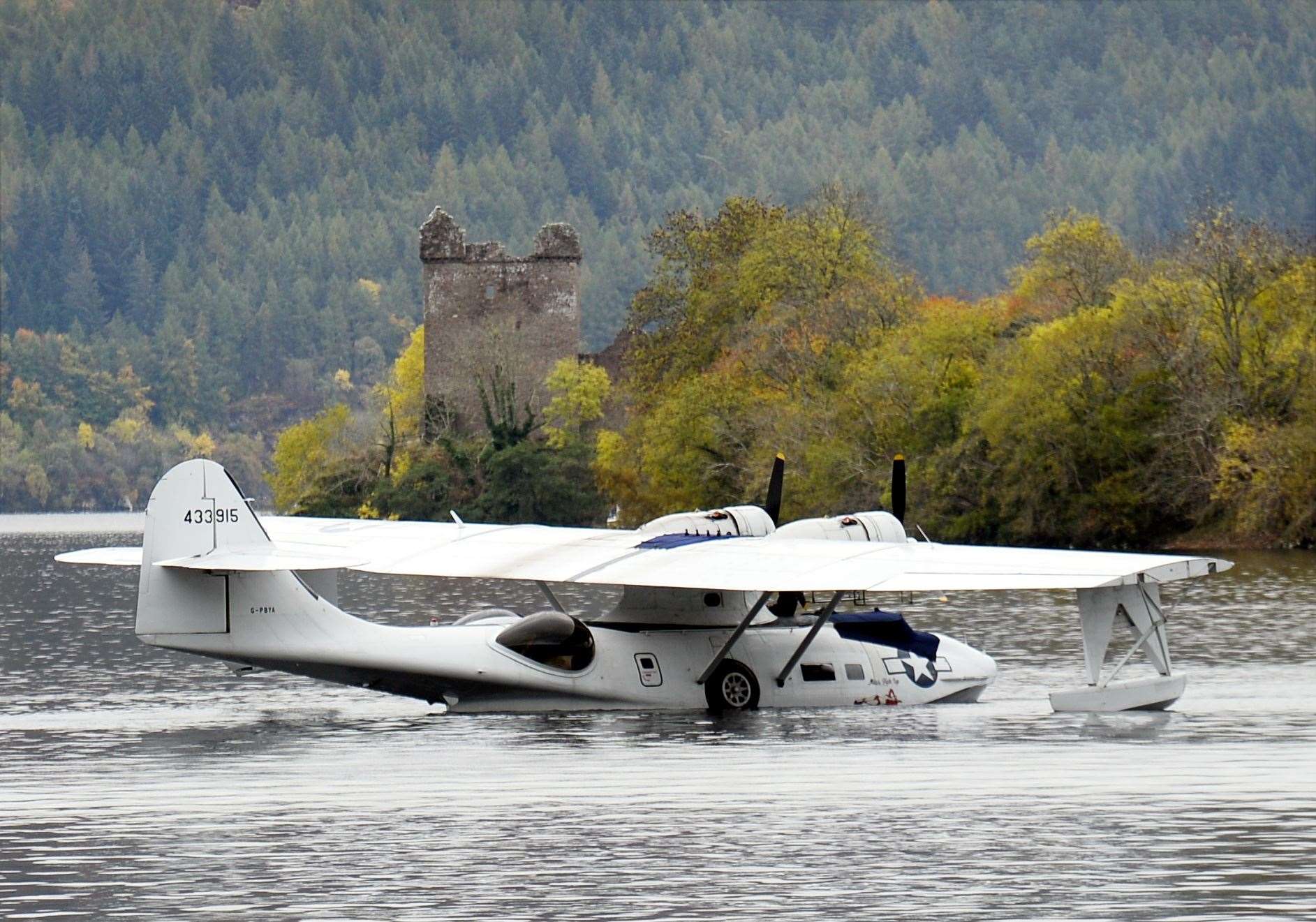