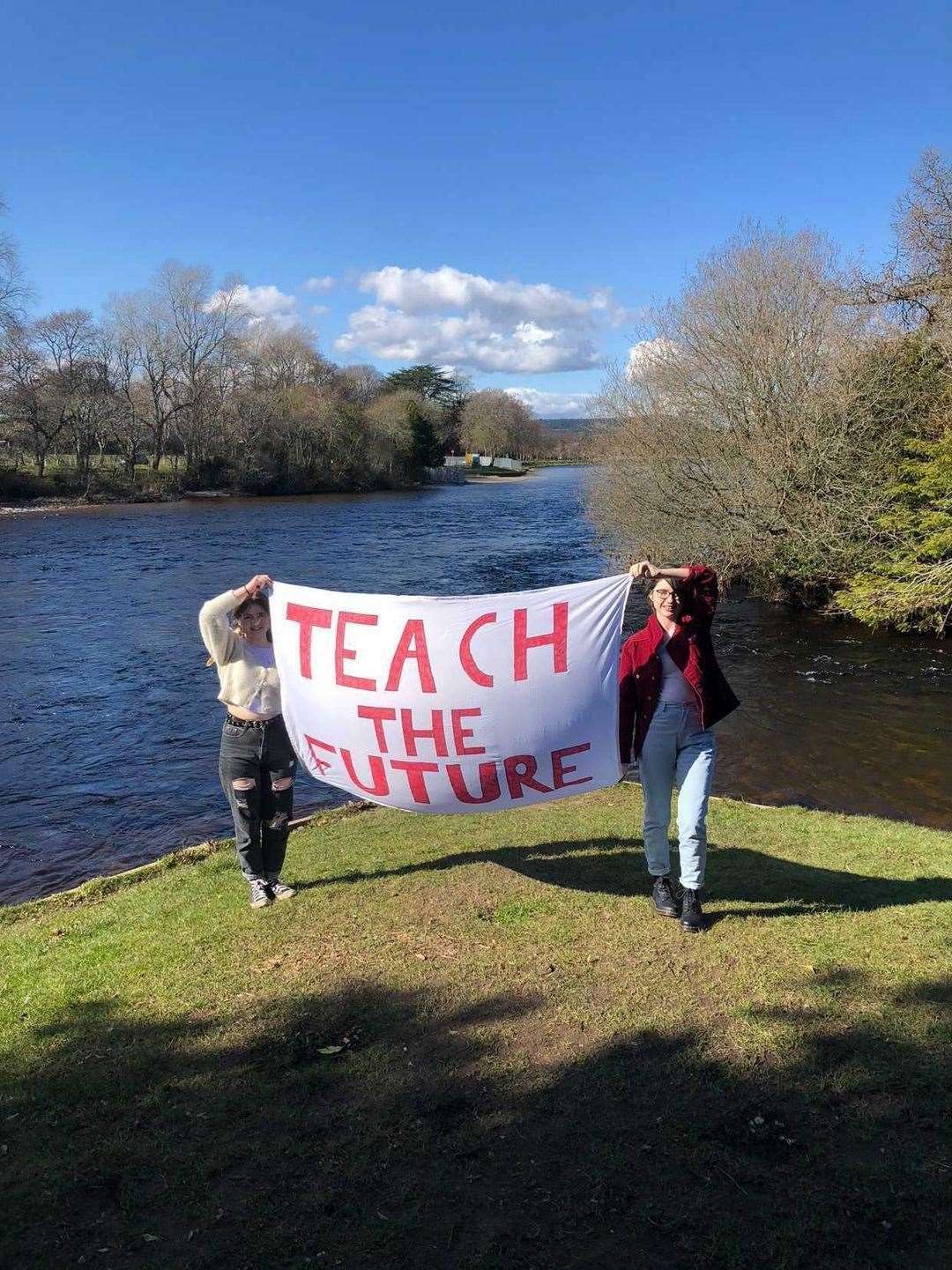 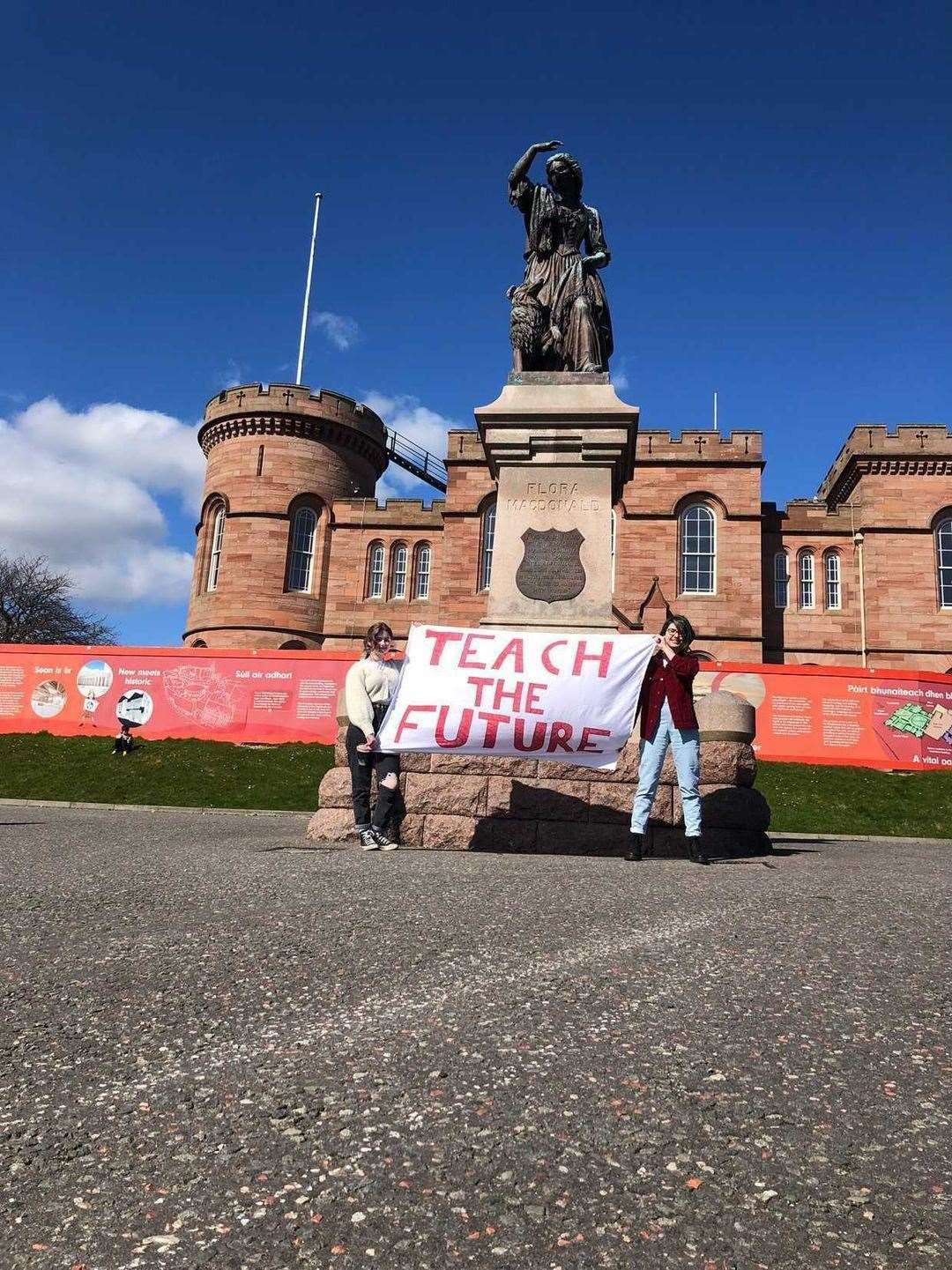 A small group of local Teach the Future campaigners took part in banner drops across the city centre.

Protests centred on local landmarks as part of a UK and international week of action, co-ordinated by the pressure group.

It has called on the UK’s devolved governments and ministers of Europe to put climate education at the heart of schooling.

Various UK cities saw banner drops and projections onto buildings in support of the cause.

Ms Henderson said: “I feel very strongly about what the campaign is aiming to achieve as our current education system is not up to scratch.

“Students should be taught about the climate and ecological crisis, which they will undoubtedly have to face the effects of. As a climate activist everything I have learnt I have taught myself.

“It scares me to think what my peers have missed out on. Everyone should have adequate climate justice education.”

Ms Robb added: “This campaign is fighting for all students to have the education and skills needed to tackle the climate and ecological crisis. We, as a generation, need the Scottish Parliament to ensure the future of our country by taking action.”

Teach the Future Scotland, launched in July 2020, has had its aims included in the SNP and Scottish Greens manifestos. The local team has also met Highland councillors and local MSP candidates to discuss the campaign.

The broader movement is supported by organisations including the Royal Scottish Geographical Society, Greenpeace, Permaculture Scotland and other environmental and social justice groups.