Even on a warm evening in a pub garden, when spirits are rising as the sun is setting, social distancing is respectfully observed. It’s a reflection of the world we live in right now.

Yet there’s always one rebel, an individual who refuses to follow the rules by ramming and rubbing into everyone’s personal space. Under normal circumstances they’d immediately be evicted, but not on this occasion. Because staff at the Duncombe Arms have learned to tolerate this regular – even if he is a black-nosed sheep.

A bundle of shaggy wool wrapped around two curled handlebar horns, Sidney is a local celebrity in the village of Ellastone on the Staffordshire and Derbyshire border, not far from the Peak District National Park.

“My children bought him as a birthday gift,” says landlord Johnny Greenall, whose unconventional pet trails behind him like a puppy dog.

The prized Swiss breed occasionally drops in to make a cameo appearance at the popular country pub on a Saturday night, although this year, he’s lucky to find a space.

Since Johnny and his wife, Laura, revamped the historic property in 2012, they’ve cultivated a loyal following. The surge of staycations this summer has seen their popularity rise. 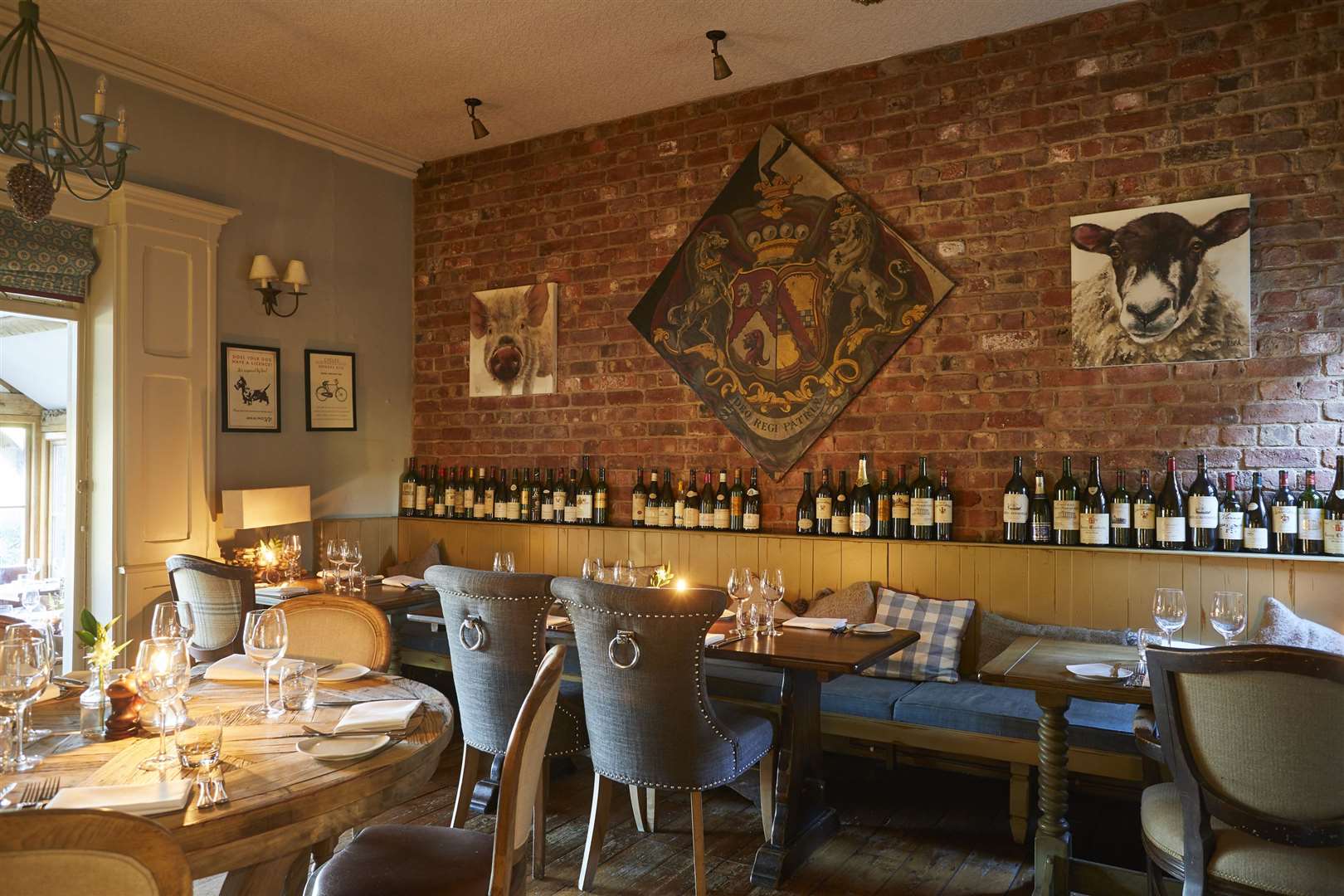 But as crowds descend on more famous corners of the Peak District, the Greenalls have maintained peace and calm in this pocket of countryside.

“Walk up to the Weaver Hills and there’s nobody,” says Laura, speaking about the southernmost outpost of the Pennine Hills. “We’re so lucky to have that.”

Although originally from Yorkshire, it was fated the former chef should end up here. But it wasn’t until she and Johnny were preparing to purchase the 19th-century inn that they realised its stone façade bore her family coat of arms. “My mum’s maiden name was also Duncombe,” she reveals.

Part of the Greenall brewing family empire, Johnny’s path into the pub business was equally well paved – although photos and newspaper cuttings in a cosy snug bar reveal a passion for horse racing. “I was too tall to be a professional,” he jokes, “but I’ve ridden many of the best racehorses.”

The couple’s personality resonates throughout the Duncombe, and they can usually be found serving customers most days. Ten bedrooms in the new-build Walnut House have been designed to feel homely, featuring toiletries from Bamford (Lady Bamford has a family farm in Staffordshire) and original artwork available for guests to buy (Laura’s friend owns a gallery).

In spring, the Greenalls also open up the 12 acres of restored woodland garden surrounding their nearby Wootten Hall Estate.

On a tour, Johnny shares stories about the origins and monkey puzzles and dinosaur trees, and whispers gossip about Jean-Jacques Rousseau who spent a couple of summers here and composed part of The Confessions in a grotto on this site.

Swiss philosophers aside, there’s plenty more to contemplate in east Staffordshire’s meadows and hills – from granite outcrops to historic market towns and, of course, a healthy population of charismatic sheep.

This rocky ridge above the Tittesworth Reservoir is a well-known spot, but there’s still enough space for hikers to hide amidst the craggy outcrops. Climb to the top for a Lion King moment, surveying a green kingdom melting into the sky and spotting the peaks of Snowdon on a clear day. There are two gritstone outcrops to scale for panoramas: Ramshaw Rocks and Hen Cloud. At the top of the Roaches sits the dew pond, Doxey Pool, and there’s also a former hunting lodge wedged into the rockface. Lud’s Church, a moss-covered chasm, is a few minutes’ walk away.

How: From Leek, head towards the village of Upper Hulme where there’s a starting point for the walk.

Placed in the 19th century, a series of stepping stones cross the River Dove, creating a popular attraction for families. But aside from the entertainment of hopping over rocks, the scenery is superb: the river winds through a limestone valley, where fungi, ferns and wildflowers cover steep slopes. Although the stones can be busy, fewer people walk to Ilam Park. Sitting below flat-topped hill, Thorpe Cloud, the postcard-pretty village features alpine houses and shafts of two 1000-year-old Saxon crosses in its churchyard.

How: Either park at Ilam or use the postcode DE6 2AY to find a designated car park for the Stepping Stones. The walking route is well signposted.

Follow a former narrow gauge railway route, where yellow locomotives modelled on carriages from India trundled in the early 19th century. One railway worker famously referred to the stretch as “a line that starts in the middle of nowhere and ends up in the same place”. A tarmacked path through the valley makes it possible to either walk or cycle along a trail which follows the ‘many folds’ of the Manifold River. A short, steep walk from Wetton is Thor’s Cave, a karst hollow shrouded in ‘dragon’s breath’ most early mornings.

How: Start from Wetton Mill in the Manifold Valley.

Doubles at the Duncombe Arms start from £170 with breakfast. Visit duncombearms.co.uk or call 01335 324 275. For more information about the area, visit enjoystaffordshire.com .