The one that got away...

The one that got away... 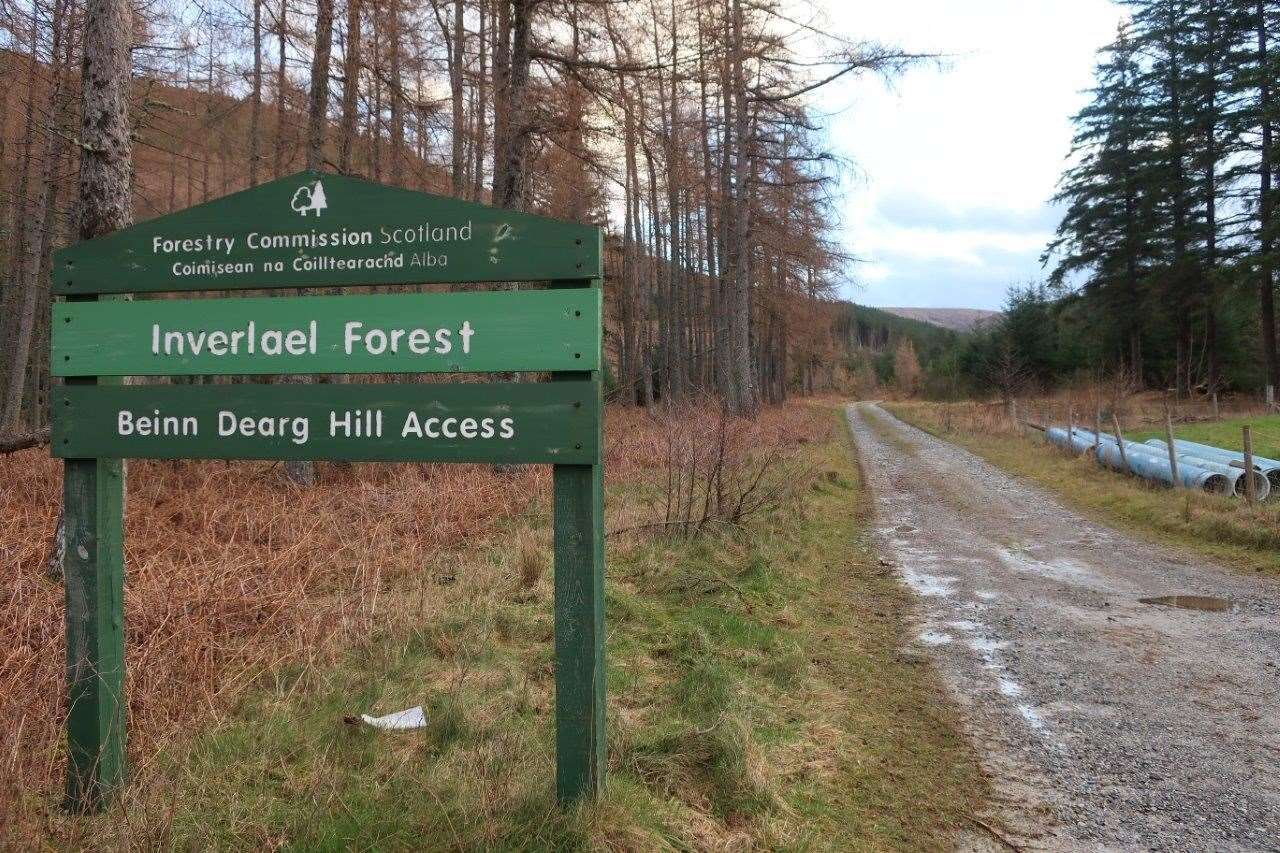 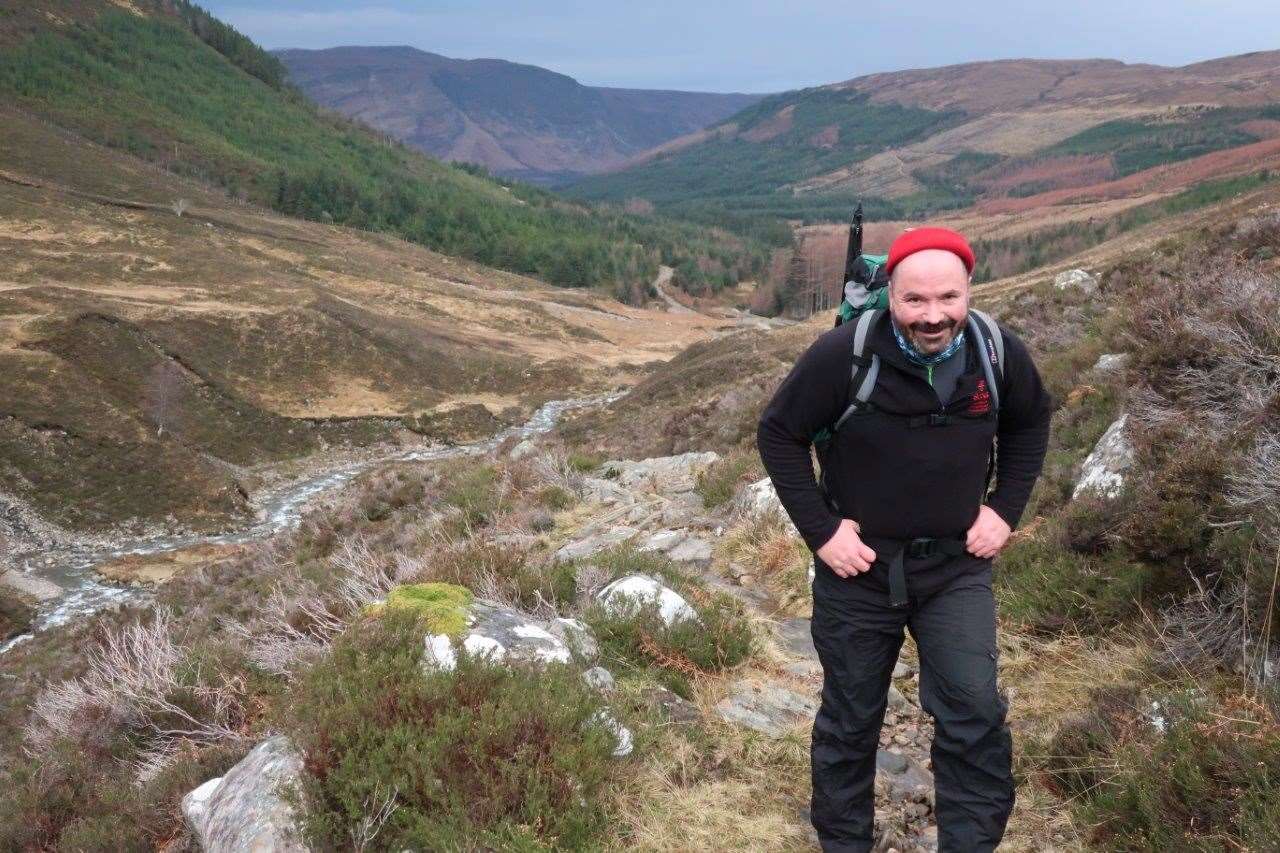 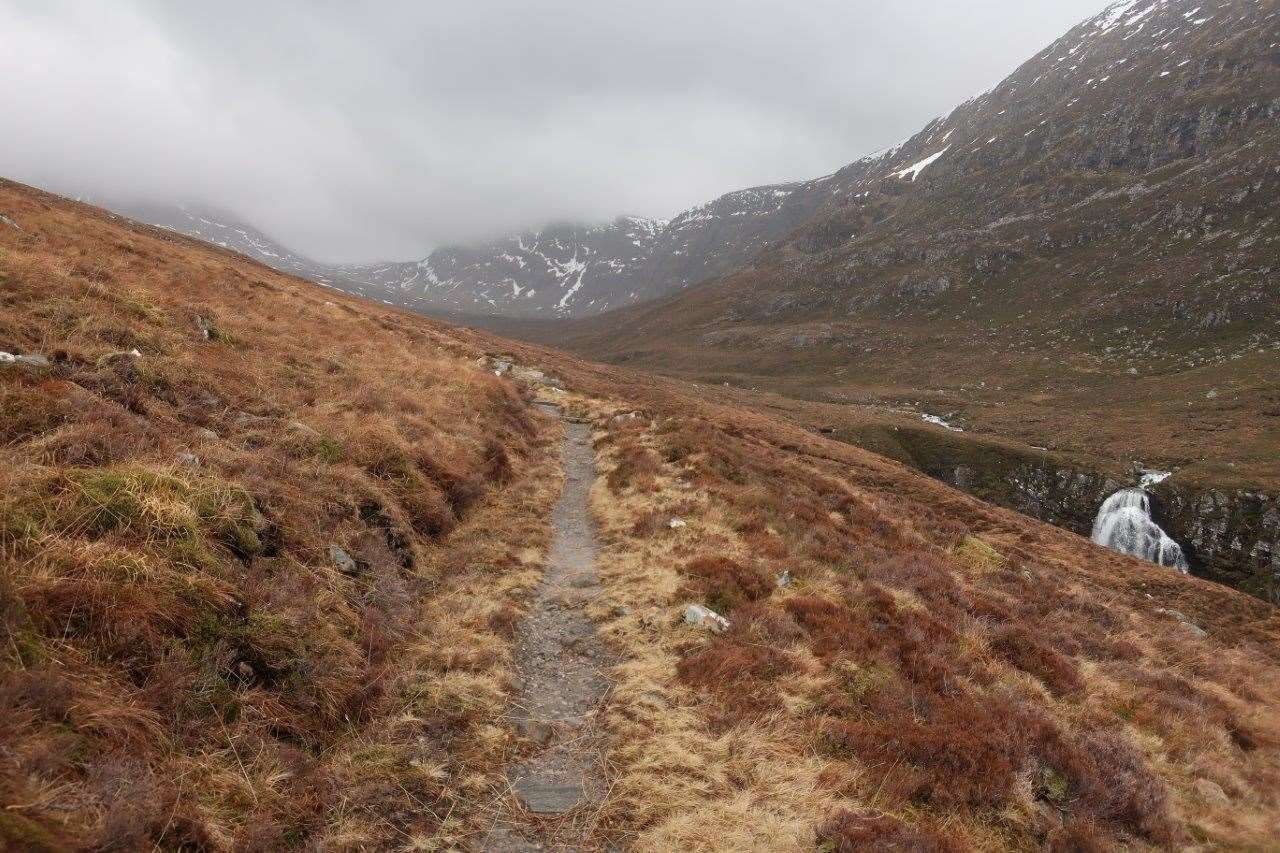 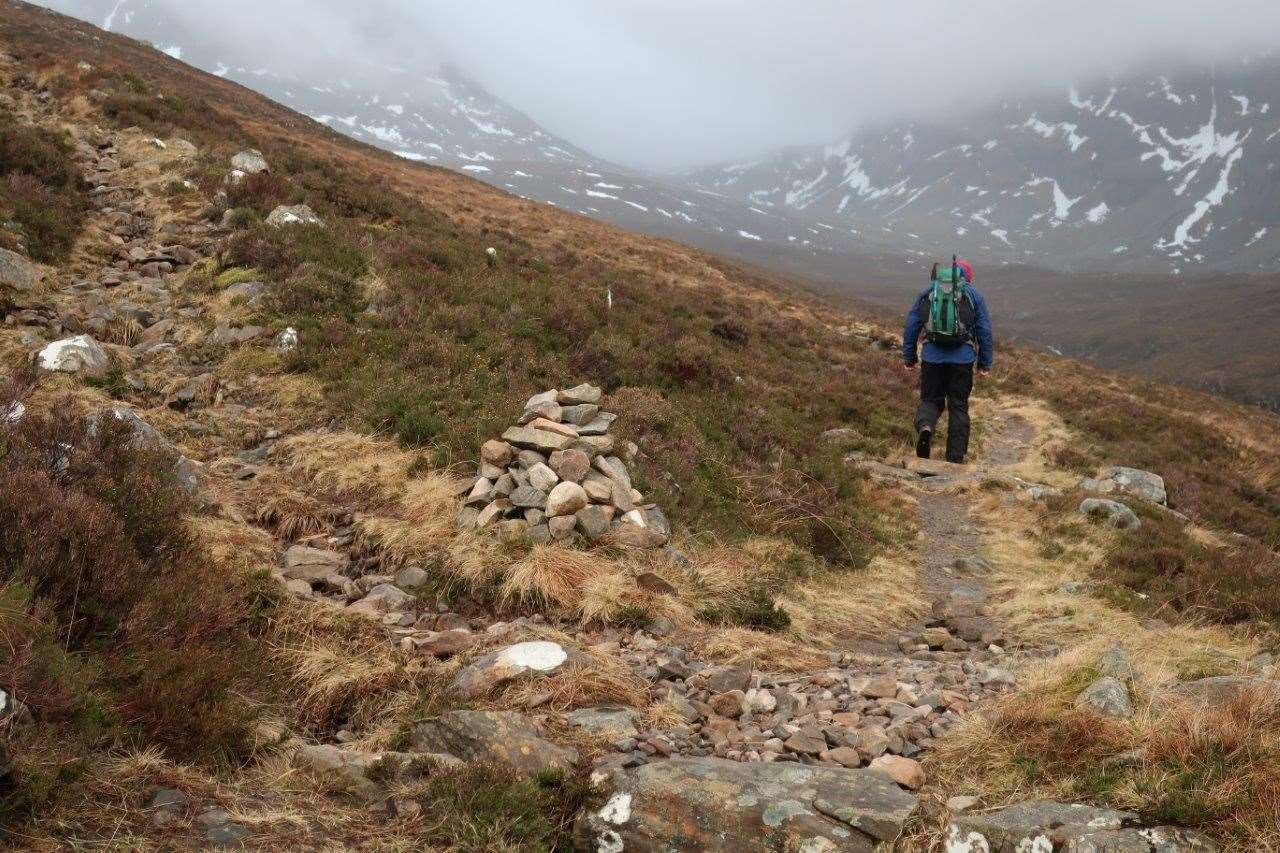 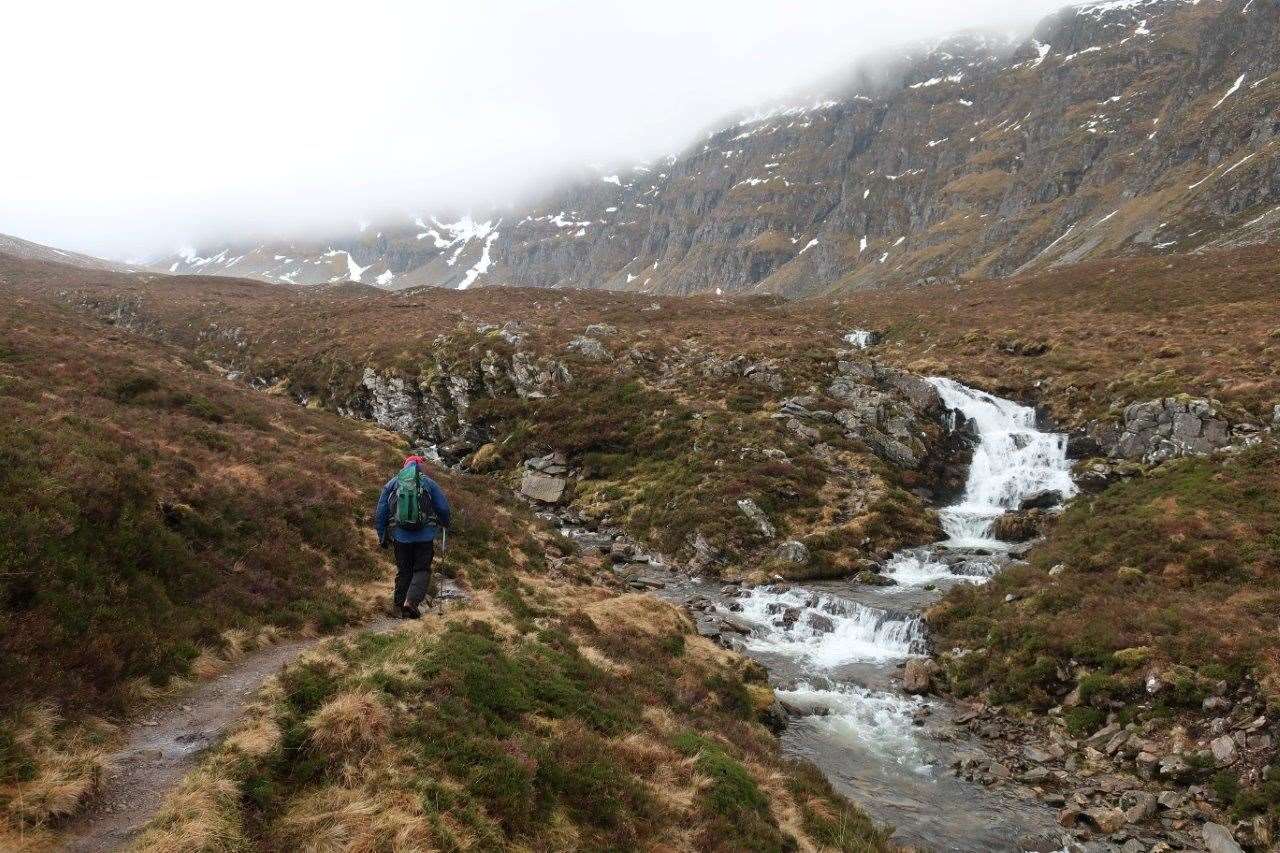 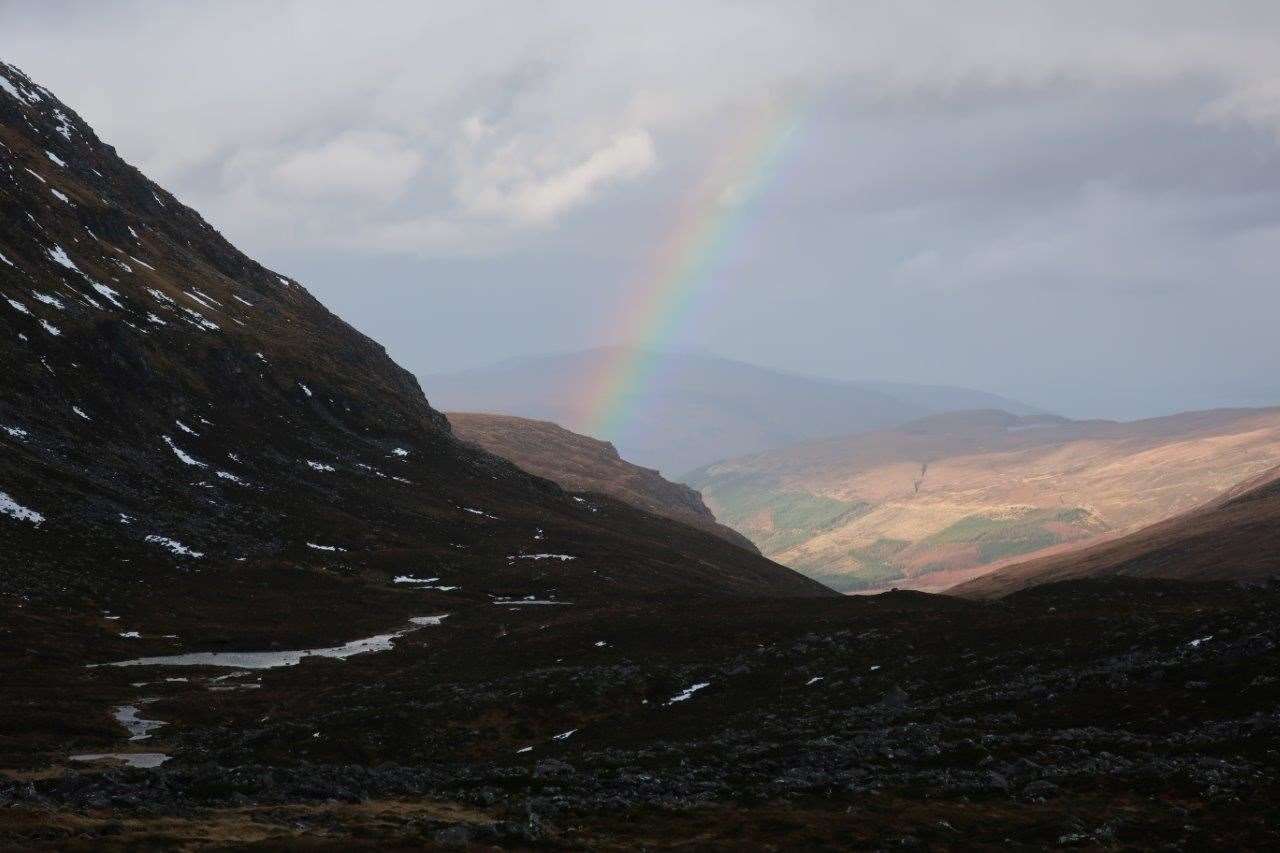 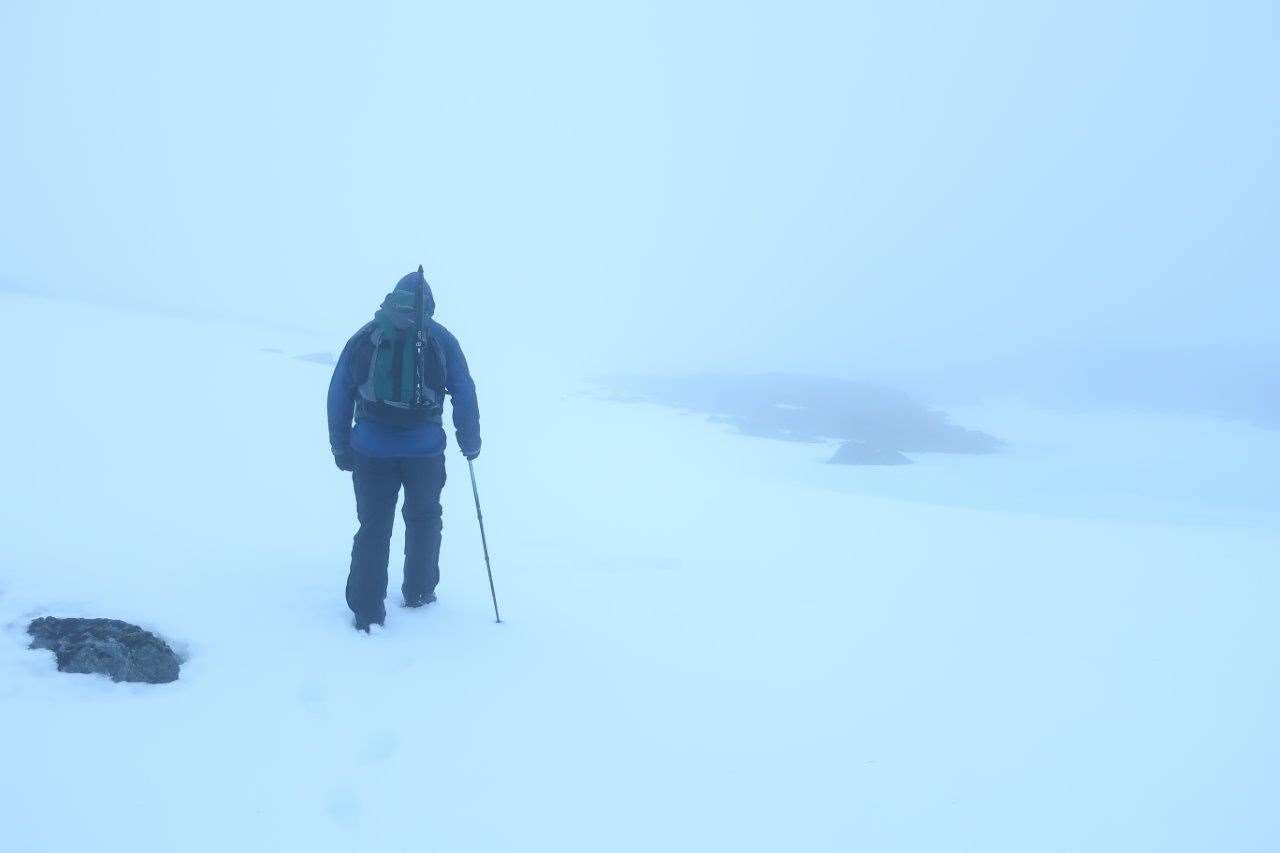 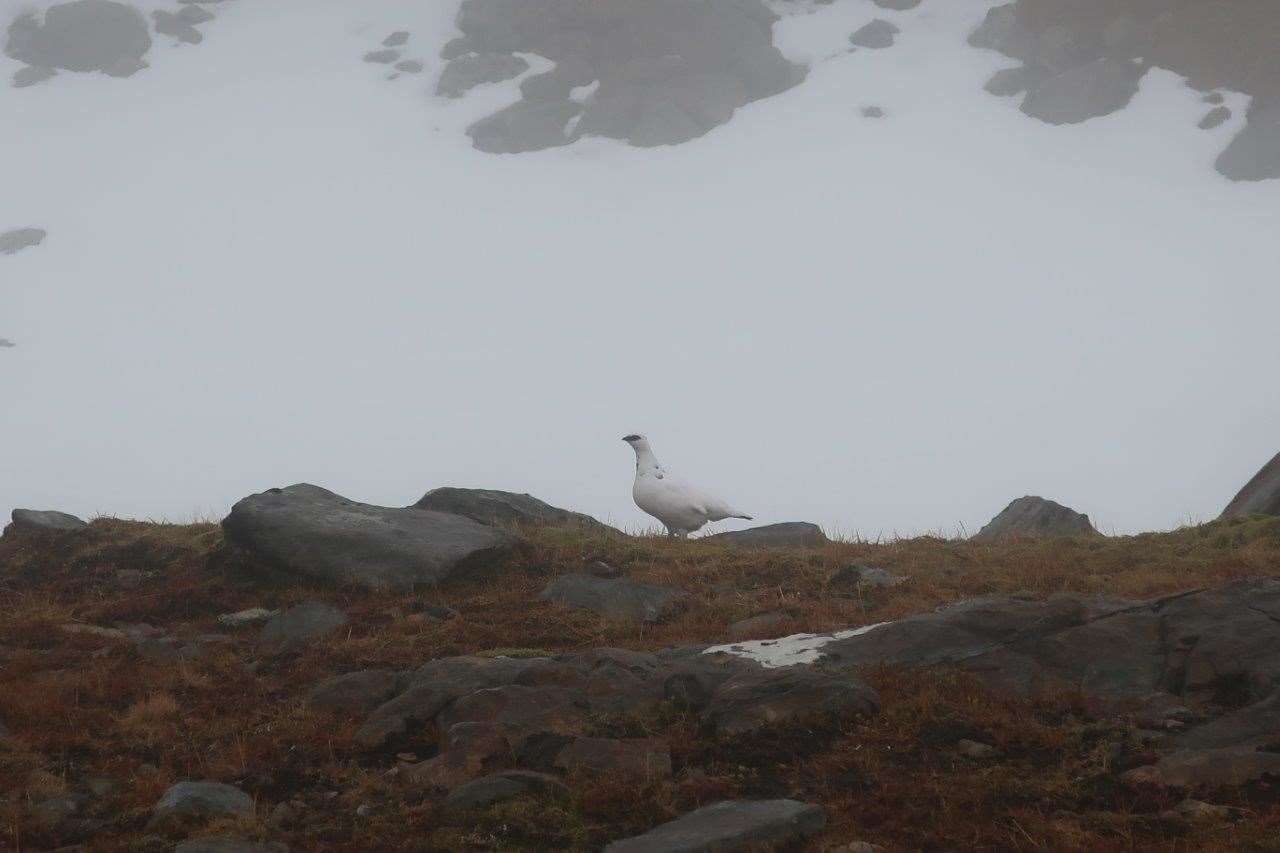 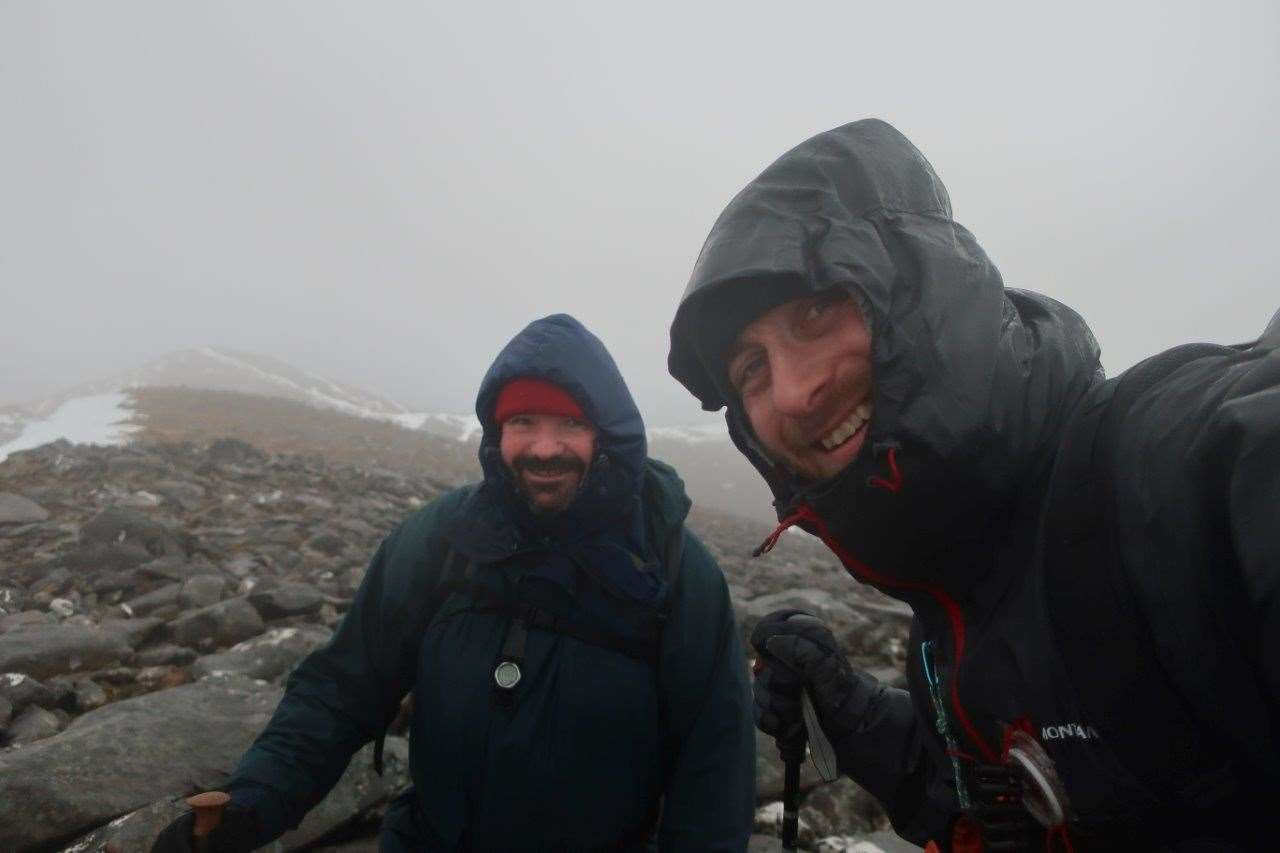 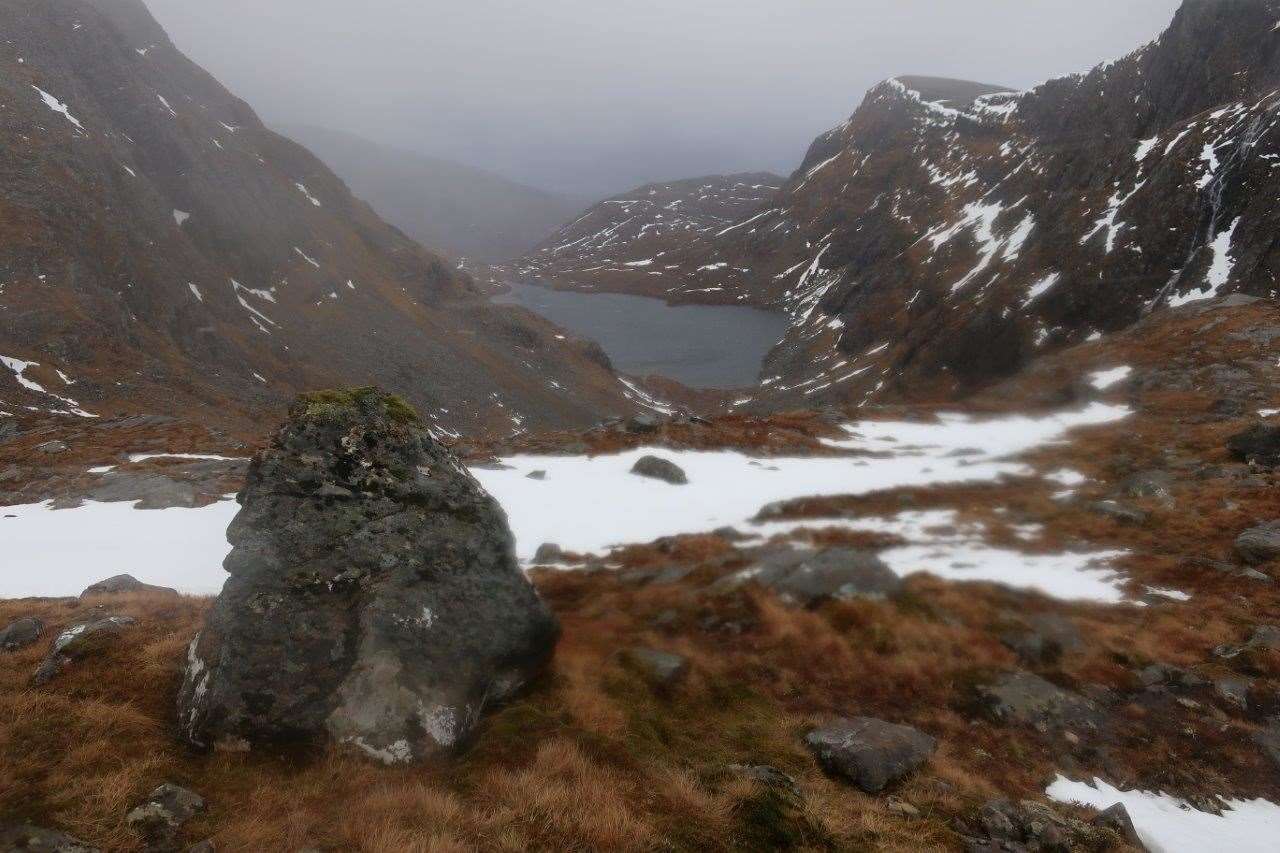 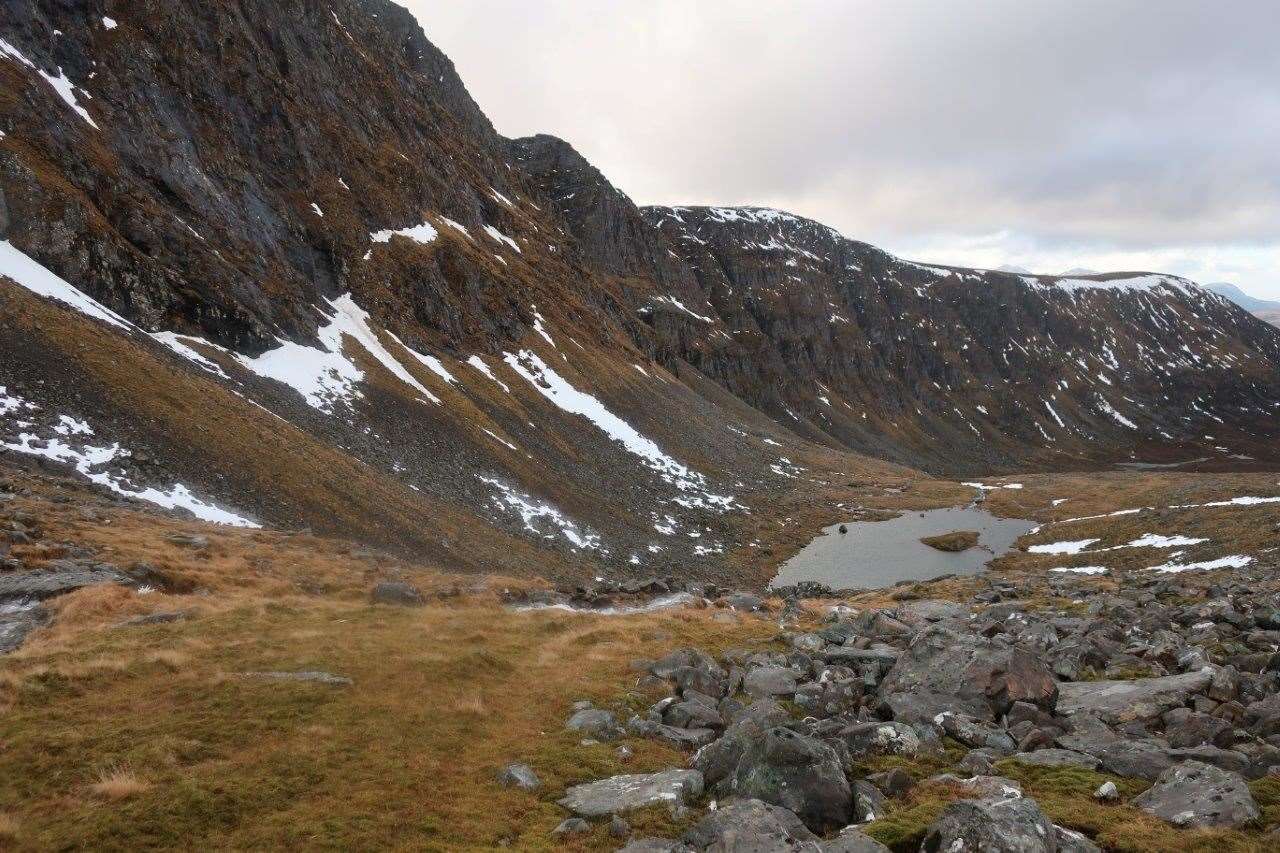 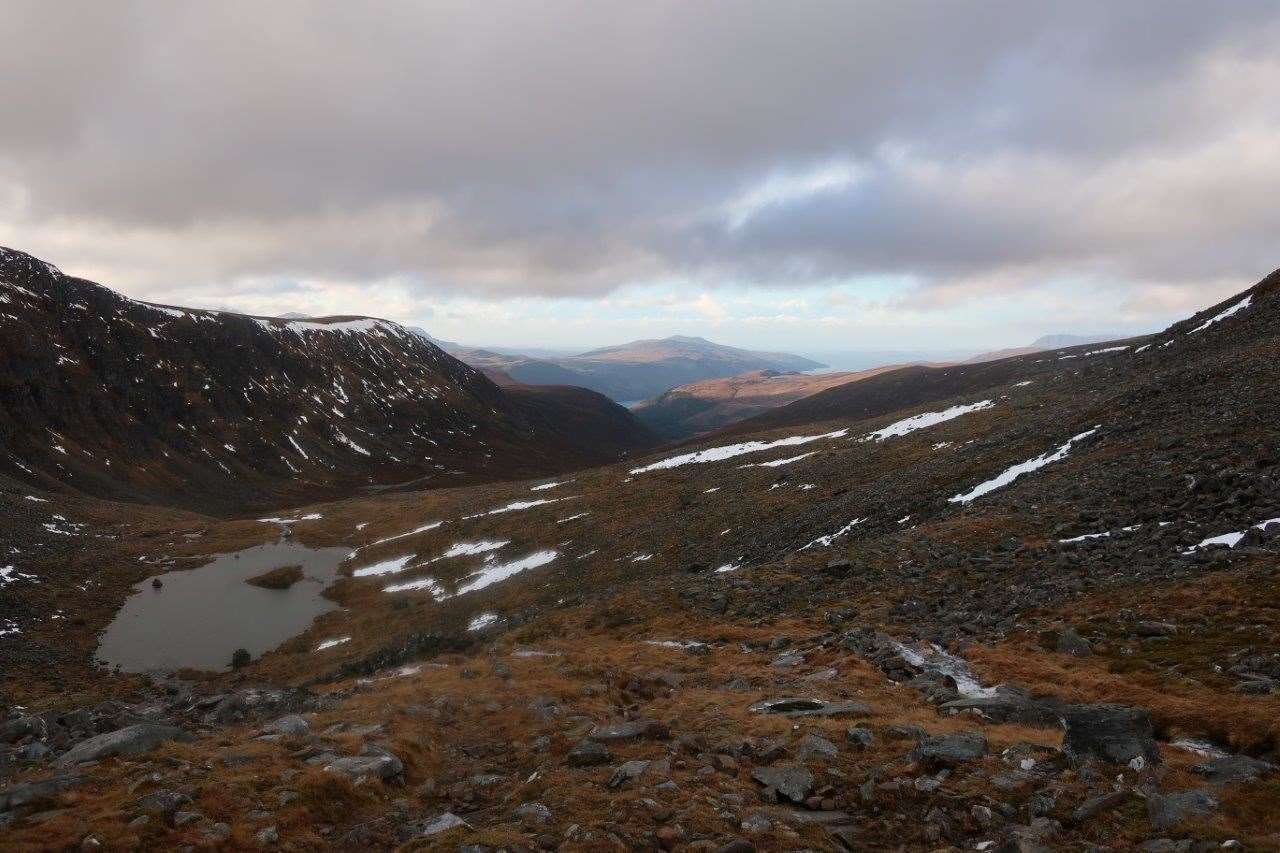 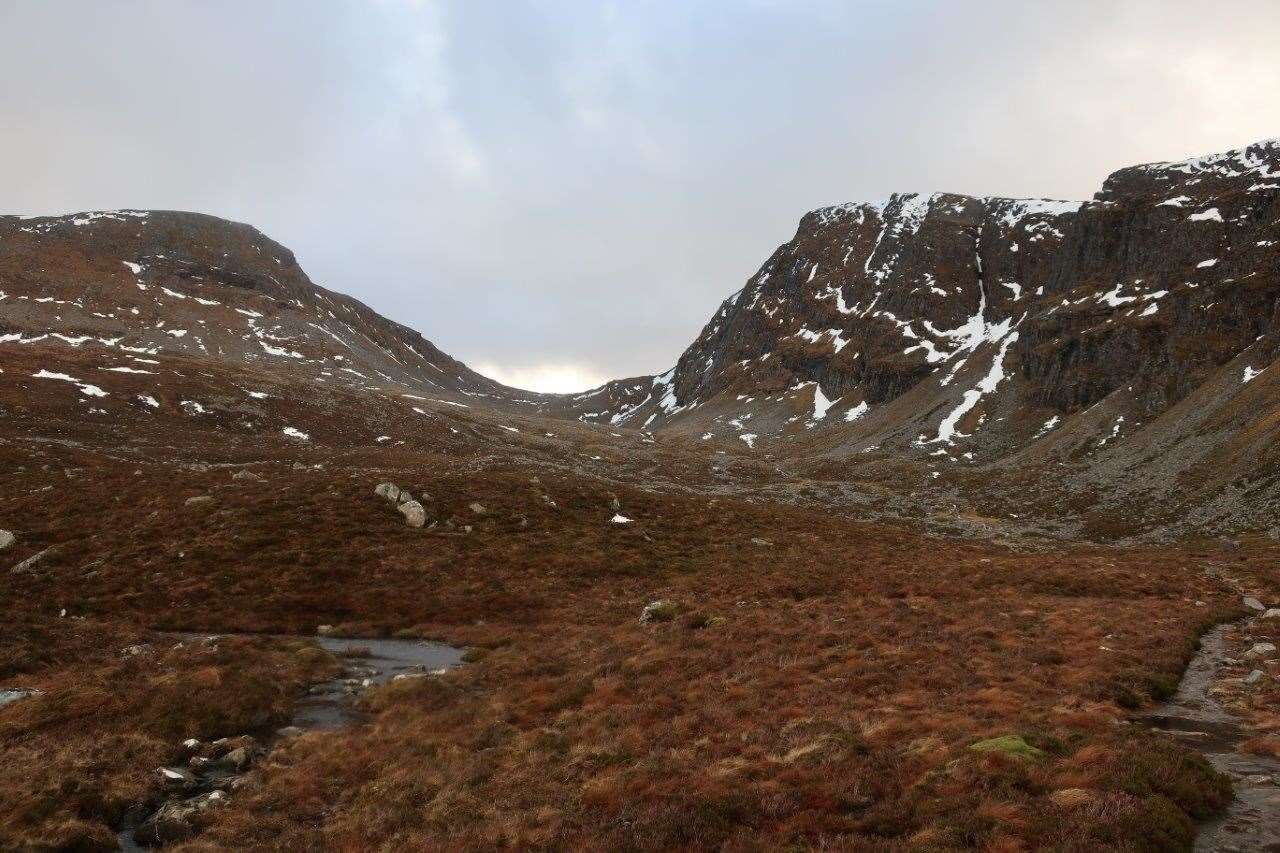 Let’s face it – hill walking isn’t all about the smiles and summits, sometimes a hard slog and a fair dose of grit and determination is what’s needed.

You can enjoy the moment later, ideally sitting by an open fire with a beer in hand.

That was certainly the case here, and I admit this was primarily a bagging mission. Worryingly, it must be nearly 10 years since I was last making my way up the long, lonely Glen Sguaib from Inverlael to the Beinn Dearg group of hills.

Not far from Ullapool, the forest tracks here give access to a group of four Munros – Beinn Dearg, Cona Mheall, Meall nan Ceapraichean and Eididh nan Clach Geala – as well as the even longer trek to the remote summit of Seana Bhraigh.

The latter is still on my to-do list – and I’ve got a much more interesting approach planned than the long leg-stretcher from Inverlael.

However, when I was last here Peter Evans and I had gone out, along with my wife Meg, intending to climb the group of four but were content to skip the out-and-back ascent of Cona Mheall and complete a more logical round of the other three.

On a mission to finish his Munros, it wasn’t long before Peter was back to bag it but it took me a little longer to return! This time my hiking partner was Dave Knox and we set off early (ish) from the walkers’ car park at Inverlael, knowing this was going to be a long day and we may be back in the dark as it was.

The two-mile forest section can be cycled, which would cut down the time, but we opted to go by foot the whole way. There are tracks here, there and everywhere in the forest, so some attention to the map is required to cross the right bridge which passes an 18th-century ruined farmstead at Glensguaib.

Inverlael was said to be the largest settlement north of Dingwall until the town was built around the fishing port at Ullapool. It’s a different story here these days, with empty glens and plantation forest where families once farmed and flourished below these magnificent hills.

Exiting the forest via a gate that opens onto a path up the glen on the north side of the river, we were soon hit by the strong winds that were forecast.

Still, we made good progress, sheltering low behind some boulders for a warming drink of tea from the flask before continuing up to an area below the massive northern cliffs of Beinn Dearg.

Looking up, I imagined some incredible winter climbing in those steep gullies – not for the faint-hearted – but the snow today was patchy, wet and melting with the high temperatures.

As you get higher there are a number of burn crossings along the excellent stalkers’ path which were much trickier than usual today with the added snowmelt.

Cloud hung low as we reached the first of a series of lochans that you pass in a line of hanging valleys that act like giant steps leading up to the complex bealach between Beinn Dearg, Cona Mheall and Meall nan Ceapraichean.

Several detours later we arrived at Lochan Uaine, not so much green as its Gaelic name suggests but pristine white, frozen over with snow all around and cloud above. A couple of ptarmigan appeared, making use of the camouflage while they still could. We made our way around the edge of the lochan to the base of a short ridge and got the map and compass ready.

In these conditions I opted to take a bearing and count paces to the 884m spot height to use as an attack point, then used a bearing across the bealach and onto the summit ridge.

The descent from the spot height was straightforward and we took our time up the steep, rocky ascent of Cona Mheall, reaching the ridge within sight of the summit cairn.

The wind was fierce up here, gusting up to 60mph with horizontal rain, sleet then snow as we made our way back down to the bealach. This is a remote spot and, even in the height of summer, this is not a Munro that’s going to be mobbed with tourists.

We were ready to get back by now and luckily the precipitation and wind seemed to be clearing the hills a little, so we could look ahead and plot a route back to the Beinn Dearg bealach without climbing all the way back up to the spot height.

We skirted below it, gasping at the immense view down into the wild Coire Granda before hitting the wall, literally.

Destitution Wall stands on Beinn Dearg, leading from the bealach up to near the summit before striking down the mountain’s north-west ridge. It was built in the mid-19th century by crofters in return for food during Scotland’s potato famine – a harsh way to earn a pittance.

We were grateful for its shelter today as we huddled behind it to sip more tea from the flask before heading back across the col to pick up the path down the glen.

The snow patches were smaller than before but the burns, lochs and river had swelled. It meant increased concentration was required at the crossings but none was going to halt progress, thankfully.

By the time you read this I suspect there will be little snow left on all but perhaps the highest hills. It’s been a strange winter, indeed.

The long walk out was hard on the feet but, looking back with a beer in hand, it somehow doesn’t seem that bad… even if the mild temperatures don’t warrant an open fire to sit by.

Start/finish Inverlael walkers’ car park, off the A835