While course records were being smashed at the front of this year’s Etape Loch Ness cycle sportive, there were thousands of other riders with their own goals in mind.

Hundreds of cyclists wore the green vest of the official charity partner Macmillan and were raising money for vital cancer care, while some had come to push their own limits, improve on a previous time or simply to enjoy the atmosphere of this closed-road event.

After a year away from the Etape in 2018, I was keen to take part again this year, having completed it every other time since its inception in 2014.

For me, the fact the roads are closed and you are able to cycle on this stunning route is one of the main attractions. I still hold out hope that one day we will have a separate cycle route on the north side of Loch Ness, away from the A82, which will allow families and others to enjoy this special place by bike at any time of year.

Can you imagine the boost to tourism alone from such an initiative, before you even start to consider the health and social benefits?

Events such as the Etape Loch Ness really help to show that potential, and to illustrate how popular cycling is becoming both as a sport and as a means of getting around. The police officer I half-jokingly told to leave the roads closed when I was on my way home looked like he might even agree with me when I said they are much better without cars on them!

I went down to the start at Bught Park on Sunday with the mindset that I was just going to enjoy the experience again – once I’d properly woken up, that is. An early start is the price we pay for getting these roads closed for a few hours.

My start wave was leaving at around 6.30am and it was great to finally get going after all the build up to the day. I took it easy for the first few miles, allowing my legs as well as my self to wake up properly – riding among so many other cyclists requires concentration, as quickly became apparent as we passed an accident early in the route.

As we reached Loch Ness the water was mirror-calm, and the almost windless conditions made it perfect for cycling even if there was an early-morning chill in the air for a while. 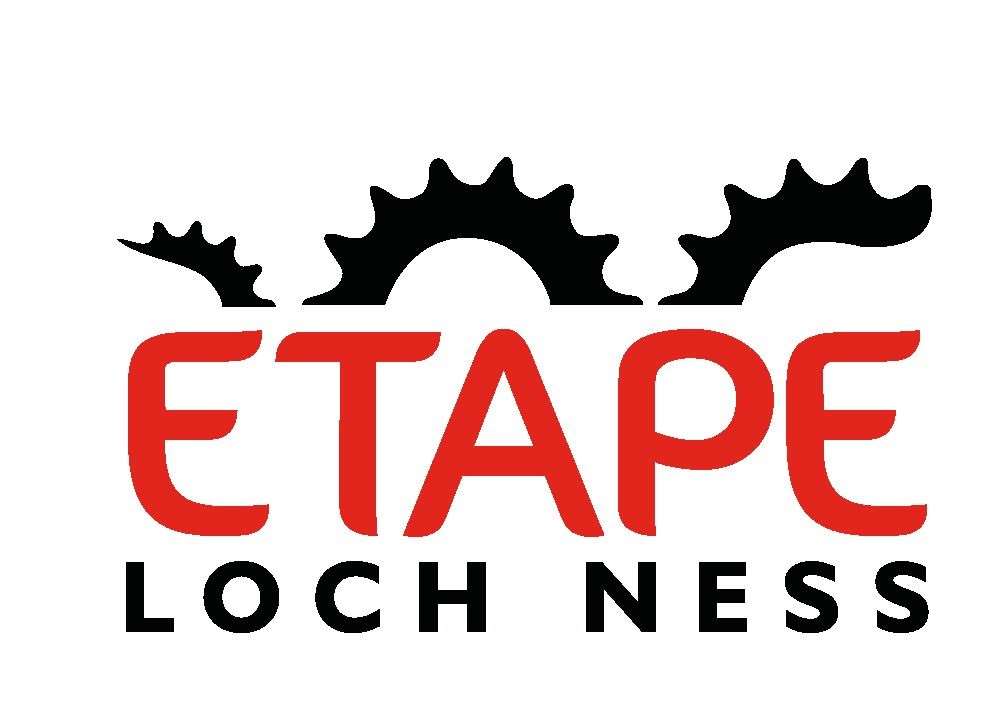 You could see those who had come from afar, as many of them stopped in lay-bys and took photos, admiring the beautiful scenery on the 66-mile loop of the loch. There was no sign of Nessie, however, despite the normally peaceful hour.

Inevitably, an event like this encourages you to push yourself, and I certainly ride in a more determined way during the Etape than my usual stop-every-two-minutes-to-take-a-photograph approach to cycling!

It was great to reach Drumnadrochit inside an hour and be greeted by enthusiastic locals out to support the riders. It really does make a difference when you are taking part to see this level of support from the various communities around the route, so thanks to everyone who made the effort to come out and cheer everybody on.

Unlike most riders, I seem to prefer going uphill to down, so I enjoyed the little rise to Urquhart Castle which gave me an opportunity to pass a few riders before the stretch to Invermoriston, where the first of the event feed stations is located, 27 miles into the route.

I stopped and topped up the water bottle and had a bite to eat to refuel before the big climb at Glendoe. The next few miles to Fort Augustus were taken gently, conscious of the effort required to ascend the 4.8-mile climb which gains 380m at gradients up to 12 per cent.

A special King of the Mountain timed challenge here allows riders to test themselves against the clock, but for most it’s just a case of getting to the top and the fabulous viewpoint at the Suidhe. I refused to succumb to the temptation to walk and was pleased to get up in my best time yet, 33 minutes and 39 seconds.

On the way up I heard my first cuckoo of the year, always an uplifting sound when you’re out in the wilds.

A piper welcomes you to the top and a tongue-in-cheek event sign suggests: “It’s all downhill from here… sort of.” Initially it is right – the next few miles are about not getting carried away as you can really pick up speed across the old military road to Whitebridge.

Looking at the clock, I realised that if I really went for it, I may be able to break the four-hour barrier – my previous best being my 2017 time of four hours and seven minutes. So, despite my intention to take my time and go gently, I found myself pushing my own limits as we turned left towards Foyers, wondering if it was even possible to get back to Inverness from here in little over an hour.

There was more support through the villages on the south side of the loch and I was enjoying going for it now, trying to maintain momentum as we passed through Inverfarigaig and on towards Dores. A couple of nasty little climbs remain – at Aldourie and at Scaniport – then it’s a fairly straight ride home, going through the roundabout at Holm and along a road I tend to tootle along most other days towards the city centre.

I only had about five minutes to make it to the finish line at the cathedral if I was going to make it, and to my surprise I reached Ness Bridge with a couple of minutes to spare, which allowed me to soak in the atmosphere as I crossed the line in 3:58.24.

It’s not often I drink beer at 10.30 on a Sunday morning but the Happy Chappy from sponsor Cromarty Brewery was a very welcome refresher after I collected my medal.

On that note, I think we should raise a glass to all the marshals and other volunteers and organisers who had to get out of bed even earlier than we did – they were all smiling and encouraging and helped once again to make this well-organised event the success it has become. Cheers!