Stunning scramble up Fiacaill an t-Sneachda in the Cairngorms

There are lots of ways up Cairn Gorm. Most are easy, but if you're looking for something a bit more edgy, there's a great scramble to be had.

Despite spending many hours in the Northern Corries, winter climbing and walking, I'd somehow missed out doing Fiacaill Coire an t-Sneachda – an easy ridge which gives way to an excellent, exposed scramble up Fiacaill Buttress.

A magnificent autumn day with sun, blue sky and little wind was the perfect opportunity to put matters right, and I arrived at the Coire Cas car park early, full of anticipation.

Instead of relying on goodwill alone, you are now faced with people asking if you'll pay a £2 “donation” on entry to the car park. I coughed up, and I must confess it's hard to refuse when someone's standing there – though she was very polite and wished me a good day on the hill.

The ridge I was aiming for separates two of the Northern Corries – Coire an t-Sneachda and Coire an Lochain. My route plan involved doing the scramble, heading up Cairn Gorm and descending Fiacaill a' Choire Chais.

The path into Coire an t-Sneachda is well made and makes for quick progress. From the north-western corner of the Coire Cas car park I followed the path to a junction, bearing left and climbing steadily towards the corrie, with views of my target ridge on the right.

Once at the Fiacaill I found another indistinct path zigzagging up the steep slope to reach the top. I thought I might have been first man in, but I'd earlier spotted two figures already well ahead of me.

Once on the ridge a clear path leads up and over boulders marked with crampon scratches made by winter climbers. On such a clear day there were superb views all around for miles.

After some 500 metres of ascent the blocky buttress appears ahead. I'd brought a climbing helmet and now was the time to put it on before the harder stuff began. Many people wouldn't bother, but the professional advice is that it's better to play safe. There's a short descent before the scramble begins in earnest. You can pick your own line, and as a general rule, left is harder, right is easier. I tested myself on the harder stuff and felt the full effects of exposure with Coire an t-Sneachda gaping below.

The comforting thing is that there's always a hand or foot hold and friction on the granite helps add to a feeling of security. Even so, a steady head and good balance are required.

The physical and mental enjoyment of the scramble kicked in as I wound my way up, searching for the next series of holds. Sometimes the way is obvious, at other times less so, but eventually the angle eases off and it's just a short walk to the top.

After a break I set off for Cairn Gorm, around two kilometres away over Stob Coire an t-Sneachda. Two young Frenchmen asked where Ben Macdui was and in pigeon French I pointed it out.

The same request came from two people heading off Cairn Gorm as I went up. I suppose it's because Ben Macdui is not as evident as some of the other high tops, appearing as a sort of rounded bulge in the landscape. Visibility today was excellent, but in mist, navigation skills up here are a must.

I settled down by the summit cairn on Cairn Gorm, sharing the top with people who had come up by other routes, and marvelled at wonderful scenery on such a glorious afternoon.

But with a show to see at Eden Court that evening, it was time to get going – first to the big cairn marking the top of Fiacaill a' Choire Chas, then down the stepped path of the ridge and through the ski ground back to the car park. What a day! 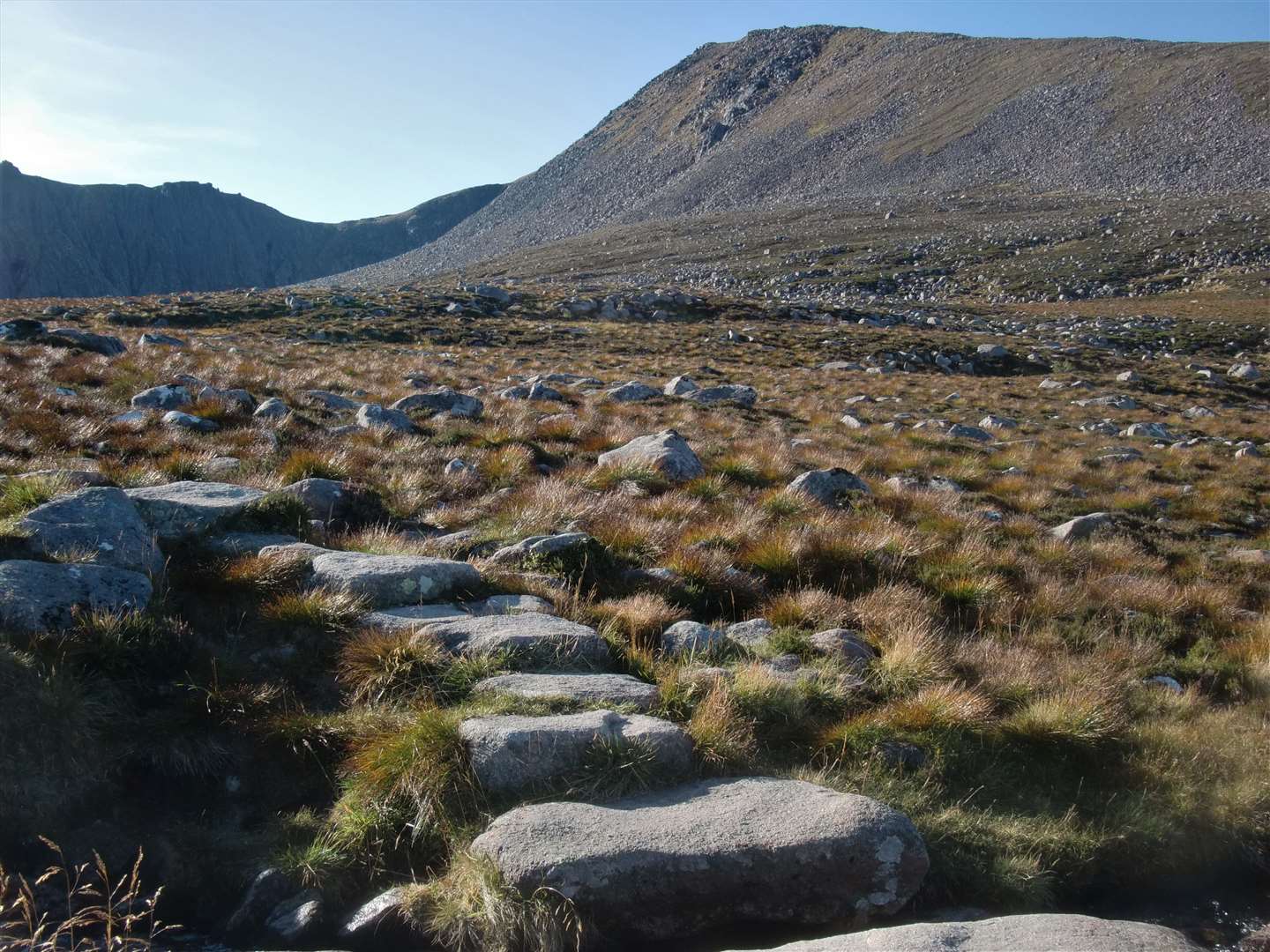 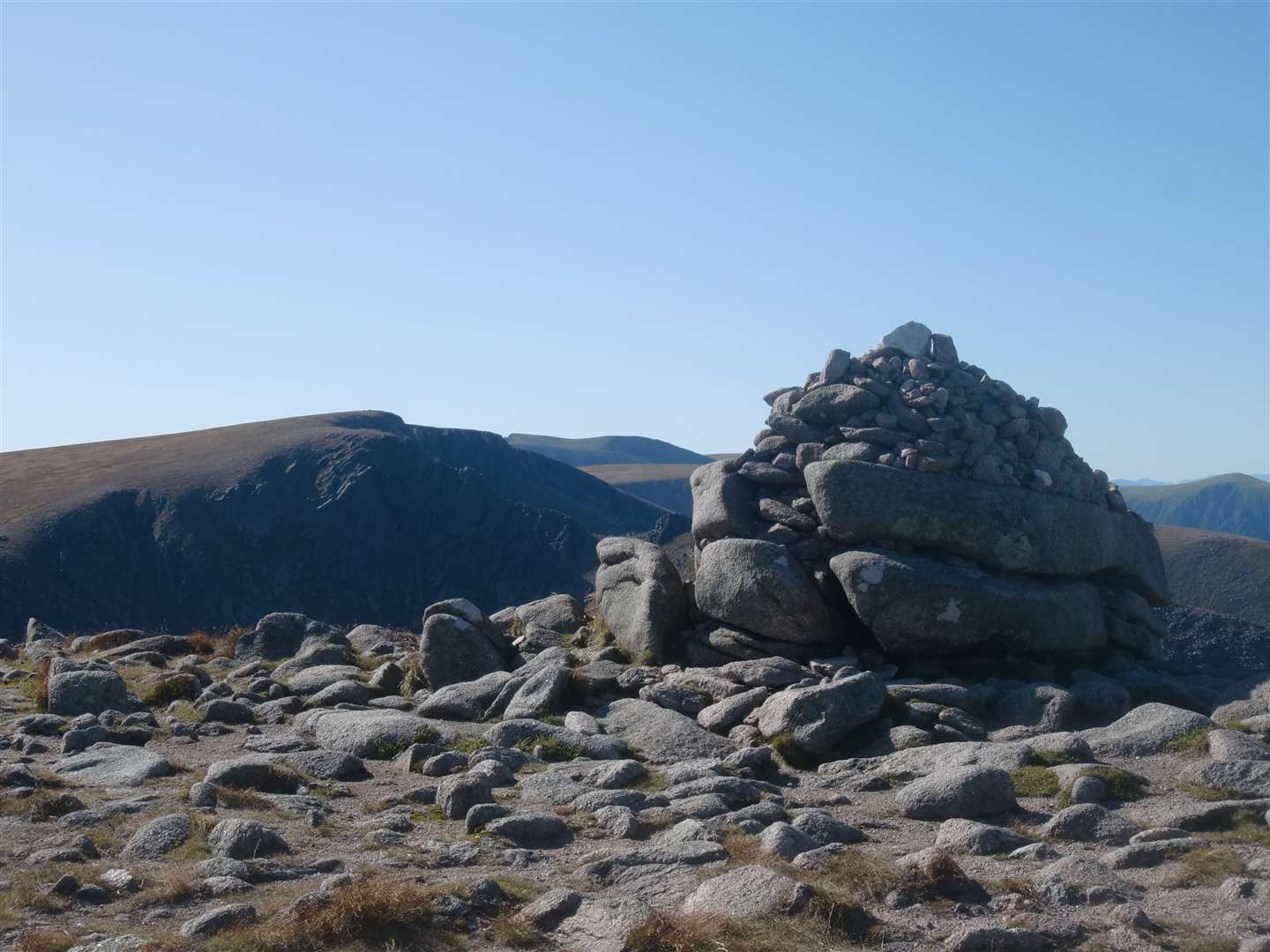 An adventurous outing for lovers of Cairngorms scrambling